Readers Ask: Mint is self funding, and it can share 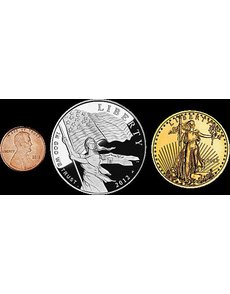 The Mint derives revenue from selling circulating coinage to the Federal Reserve Banks, and numismatic and bullion coins to customers in those markets. The revenues fund Mint operations, and can also be more widely dispersed.

Of the profit that the U.S. Mint makes on new coin sales, how much of that remains with the Mint (for purchasing machinery with the latest technology, etc.) and how much reverts to the Department of the Treasury or even a general U.S. government fund?

It might be a cliche, but the United States Mint makes money from making money.

The Mint is self funding, in that it derives revenue from sales of coins (circulating, numismatic, bullion). The revenue from the Mint’s three programs goes into the Mint Public Enterprise Fund, which is dispersed as needed to pay for Mint operations. When Mint officials deem it appropriate, some of the money in the Public Enterprise Fund can be dispersed to either the government’s General Fund or the Treasury General Fund. The money to the Treasury General Fund is transferred during the year, taken from “amounts in the PEF determined to be in excess of amounts required to support on-going United States Mint operations and programs,” according to the Mint’s 2010 report.

According to the Mint’s latest Annual Report, for Fiscal Year 2012, which ended September 2012, the Mint’s circulating coinage program resulted in revenue of $493.3 million, its numismatic program turned in revenue of $481.2 million and its bullion program, revenue of $2.5 billion. All three revenue streams were lower than the 2011 totals, as was net income in each category.

In discussing Fiscal Year 2012, David Motl, the U.S. Mint’s chief financial officer, stated in the report: “The Mint made no off-budget transfers to the General Fund this fiscal year. Instead, the Mint determined that all amounts in the [Public Enterprise Fund] resulting from [Federal Reserve Bank] receipts on the sale of circulating coins were required to mitigate the risks of future potential economic uncertainty, impacts to our circulating program from continued penny and nickel losses, and loss of revenue from the suspension of $1 circulating coin production. The transfer to the Treasury General Fund was $77 million.”