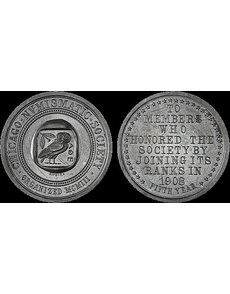 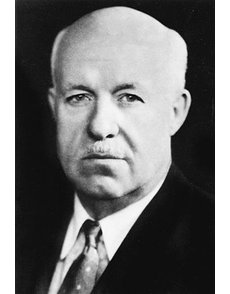 J. Henri Ripstra designed the official seal for the Chicago Numismatic Society in 1905.

The 2013 American Numismatic Association World’s Fair of Money in August in the Chicago suburb of Rosemont, Ill., was ably hosted by enthusiastic members of the Chicago Coin Club.

Organized in 1919, the Chicago Coin Club is today one of America’s most active local numismatic organizations, with members from Chicago and around the country.

Collectors of numismatic organization medals know that there was a predecessor group, the Chicago Numismatic Society, which flourished from 1903 to 1915.

CNS issued a series of 11 medals inscribed TO MEMBERS WHO HONORED THE SOCIETY BY JOINING ITS RANKS followed by the date and year of the society’s existence. The last appeared in 1914; the medal illustrated is the 1908 issue, with designs on the obverse and reverse faces oriented at right angles to each other. All were sharply struck and frequently have prooflike surfaces. All are scarce.

Two CNS commemorative medals exist as well, one a rectangular plaquette recording the arrival of the gunboat USS Nashville in Chicago, June 1909. The other hails progress in aviation, presenting the standing figure of mythological Icarus in 1910. The maker of the medals is not known with certainty, although Ripstra apparently designed most, if not all.

The society went into a steep decline after the death of Ben G. Green in January 1914. Brand was distracted by the outbreak of World War I and the beginnings of the anti-German hysteria that would peak after April 1917.

The society’s sinking also sucked down the short-lived ANA Branch Number 1 set up in 1912, one of three such branches designed to create subordinate local clubs across the nation. Only Branch 2 in Rochester, N.Y., survives today.

DAVID T. ALEXANDER is author of American Art Medals, 1909-1995 and a fellow of the American Numismatic
Society. He is a numismatist/researcher for Harlan J. Berk Ltd.