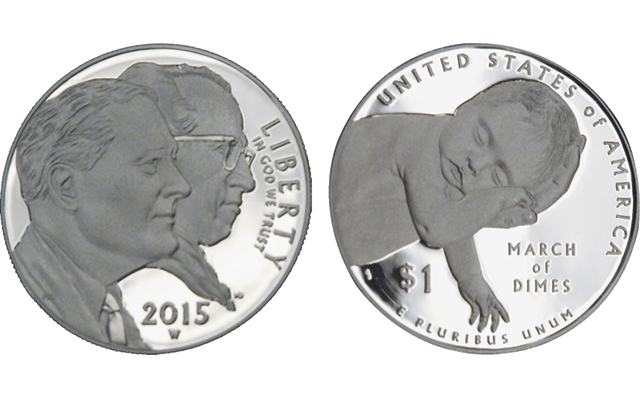 Proof 2015-W March of Dimes silver dollars were ceremonially struck March 11 at West Point Mint by representatives of the agency and others. 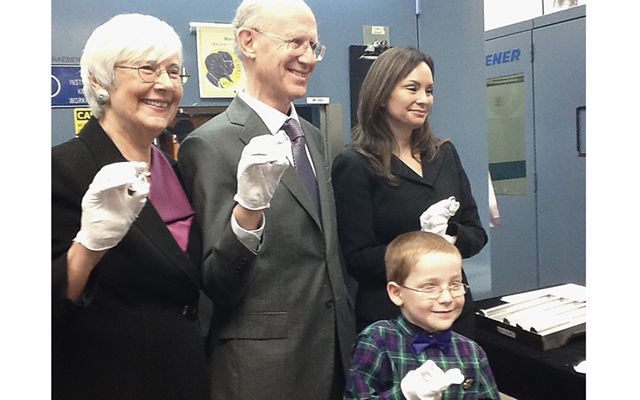 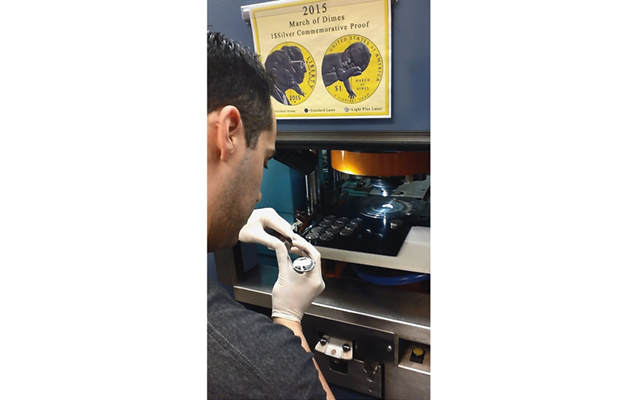 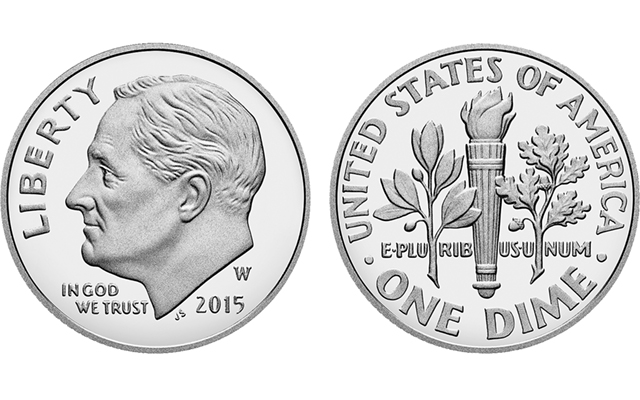 The West Point Mint was also in production of the Proof 2015-W Roosevelt silver dime. 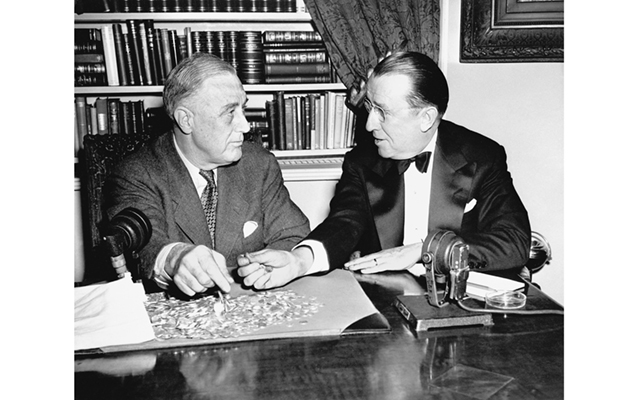 Circa 1944, President Roosevelt and March of Dimes President Basil O’Connor count dimes at the White House that were sent in to the March of Dimes to help fund the successful eradication of polio in the United States.

Image courtesy of March of Dimes.

The obverse of the coin features conjoined profiles of President Franklin D. Roosevelt and Dr. Jonas Salk. The reverse depicts a baby cuddled in the hands of a parent.

Roosevelt founded the March of Dimes in 1938. Dr. Jonas Salk developed the first successful inactivated polio vaccine, which was introduced in 1957.

The Uncirculated 2015-P silver dollar and the Proof 2015-W March of Dimes silver dollar went on sale March 13 from the United States Mint.

The West Point Mint is also producing the Proof silver 2015-W Roosevelt dime, one of three coins to be included in the 2015 March of Dimes Special Silver set scheduled to go on sale May 4.

Limited to 75,000 sets, the three-coin set will also include a Reverse Proof 2015-P Roosevelt dime.

The two dimes and both versions of the March of Dimes dollar are struck in .900 fine silver.

Formal production for the March of Dimes coin program began in February at the Philadelphia and West Point Mints.

Adam Stump, deputy director for the Mint’s Office of Corporate Communications, said the March of Dimes may purchase the four ceremonial strikes if it so chooses. Stump said the price for each coin would be the $46.95 introductory price, which is in place for a 30-day period from the March 13 launch of public sales of the Proof commemorative dollars.

Details of the striking

For the Proof 2015-W silver dollars, with the simultaneous activation of two buttons on the Gräbener coinage press, the safety window closes, engaging the press to strike the planchet three times, with 212 tons of pressure delivered at each strike of the dies.

The Proof 2015-W Roosevelt dimes are being struck on a Gräbener press with two strikes at 37 tons per strike.

At the Philadelphia Mint, the Uncirculated 2015-P March of Dimes silver dollar is being produced on a Gräbener press with three strikes at 210 to 220 tons per strike, and the Reverse Proof 2015-P Roosevelt dime is struck twice at 55 tons per strike.

The dies for the two March of Dimes dollars and the two Roosevelt dimes are oriented horizontally in the coinage presses.

The upper, or hammer die in each case is the obverse and the lower, or anvil, die is the reverse.

The planchet on which each dime or dollar is struck is manually placed, one at a time, inside the coinage chamber between the coinage dies using tongs.

For the Proof Roosevelt silver dimes, the San Francisco Mint supplied the blanks, which it also annealed to soften the blank, and formed the raised proto-rim through the upsetting process. The West Point facility then burnished the blanks before striking.

For the Reverse Proof silver dimes, the San Francisco Mint supplied the blanks, which it also annealed, upset and burnished.