Weights of Kennedy half dollars issued in 2014 differ 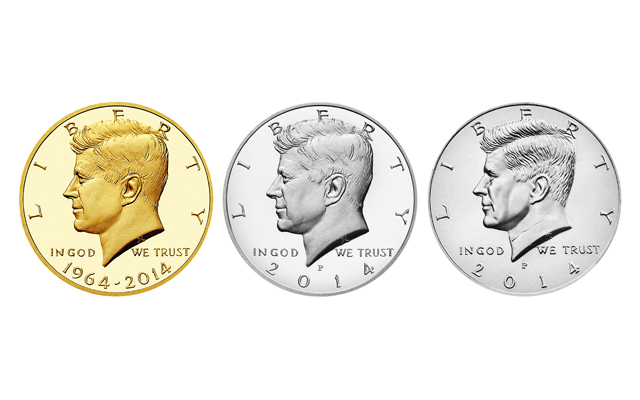 While the diameter and thickness of all Kennedy half dollars issued in 2014 is the same, the weights are different because of the metallic compositions.

No coincidence. It’s the magic performed by the design, tooling and production staff at the Philadelphia Mint.

The diameter is 30.61 millimeters and the thickness is 2.16 millimeters. Weights, however, differ among the metallic compositions.

The remaining six coins employ the flatter relief portrait as seen on the 2013 Kennedy half dollars.

All versions of the Kennedy copper-nickel clad half dollars — both for the 50th Anniversary set and for the Mint’s regular Kennedy half dollar offerings — are struck on planchets made of outer layers of 75 percent copper, 25 percent nickel bonded to a core of pure copper. Each coin weighs 11.5 grams.