Week's Most Read: What makes a program successful?

Each week, we publish at our website selected content from the print issue of the week’s Coin World as well as content written primarily for the online audience.

Here are five of our most-read articles from the past week, in reverse order (and an article that gets an honorable mention).

5. 1943 bronze Lincoln cent trades hands in private transaction for more than $1 million: An article published in January 2018 about the sale of a 1943 Lincoln copper cent vaults back into the top-five list a year later.

1. Monday Morning Brief for Jan. 7, 2019 — What qualifies as success?: The 2019 Apollo 11 50th Anniversary commemorative coin program could be successful, but only if the coins are sold fairly.

Week’s Most Read — copper 1943 cent in auction keeps drawing readers: The last edition of “Week’s Most Read” was actually the most-read article of the past week by a huge margin, despite that it is about a subject — the approaching appearance at auction of a copper 1943 Lincoln cent found in circulation in 1947 — for which nothing new happened. Counting the Jan. 4 and Dec. 28 Week’s Most Read articles, the story of the 1943 Lincoln cent has been the most-read story for three weeks now. That is a testament to reader fascination with rare coin finds in circulation, but this week we decided not to make the same subject the theme of the third "Week’s Most Read” post in a row. 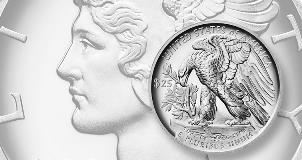 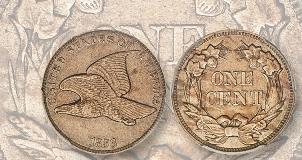