Woman to appear on $10 bill, High Relief coin gets a denomination 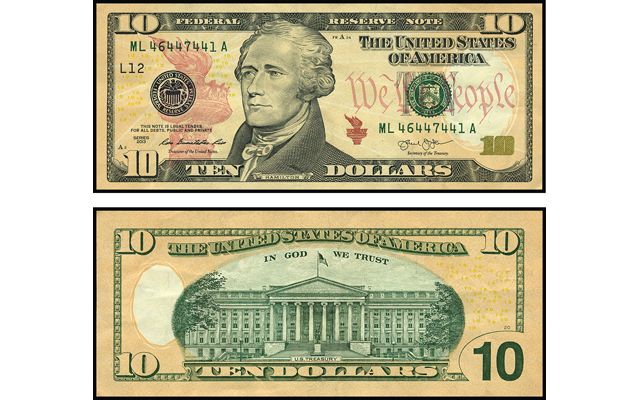 4. A woman will be put on the $10 Federal Reserve note, U.S. Treasury announces: The to-be-determined woman will begin appearing on the notes in 2020.

3. Eager anticipation: Breaking down the gold 1916 centennial coins: One of the most prominent of factors in the centennial coin’s production is the Mint’s decision to employ sculptor Hermon A. MacNeil’s original Bared Breast obverse.

2. 2015-W American Liberty, High Relief gold coin to be 1-ounce, $100 face value issue: The designs chosen are those recommended by the Citizens Coinage Advisory Committee and the Commission of Fine Arts.

1. Here's what people are saying about putting a woman on the $10 bill: Those giving opinions range from U.S. Treasury Secretary Jacob Lew to actress Helen Hunt