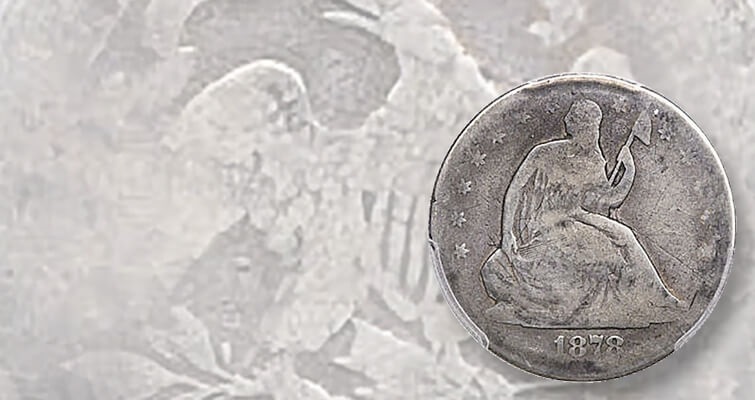 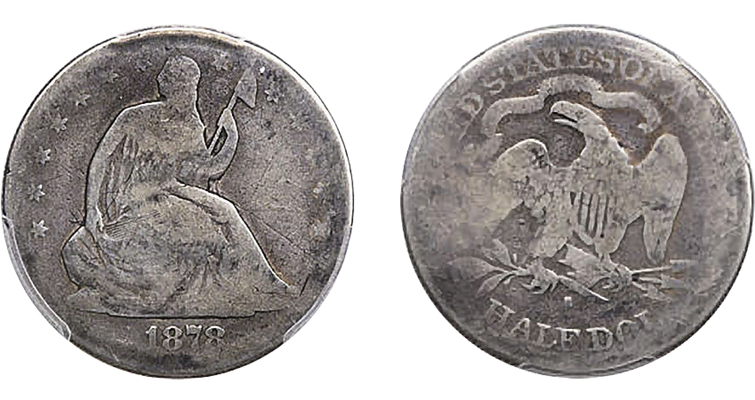 COIN VALUES: What your 1878-S Seated Liberty half dollar worth?

The 1878-S half dollar is rare because of its low mintage of just 12,000 pieces, of which today perhaps 60 or so examples are known in all grades. In the 1870s collectors hadn’t caught on to collecting coins by Mint marks, so few were saved at the time of issue and today most examples are well worn, such as the one that sold on March 4.

Graded About Good 3 by Professional Coin Grading Service, it had wear consistent with the grade, with design details merging into the rim, and LIBERTY on the shield worn smooth. Despite the wear, it had no other major problems and a bidder paid $19,975 for the tough San Francisco Mint half dollar. 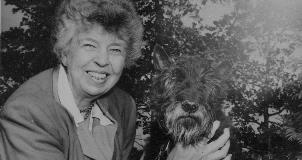 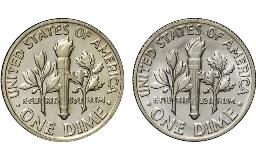