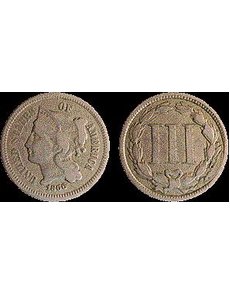 This 1866 3-cent piece displays a raised, elongated defect in the field between the laurel wreath and the dentils. It may represent an area of die subsidence. 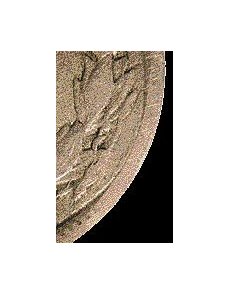 A close-up image of the defect shows a narrow gap between the smoothly curved lateral margin and the heavily worn dentils. Two wide die cracks weave through and around the anomaly. 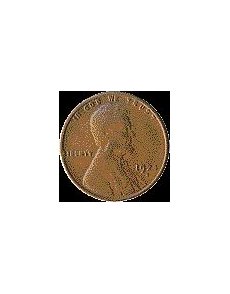 A well-known and readily available die subsidence error is the “goiter” 1924-S Lincoln cent. In Uncirculated examples, the design continues uninterrupted over the bulge located on the side of Lincoln’s neck.

Error collectors are occasionally frustrated when the nature and origin of a defect is obscured by wear or damage. Such was the case with the 1866 copper-nickel 3-cent piece shown here.

I acquired it a few weeks ago from the online auction site eBay. It was advertised as having a “unique die break.” The descriptor was clearly referring to a large, raised blemish in the southeast quadrant of the reverse face. The seller further described the defect as involving the “edge” of the coin. Were this the case, the description would match that of a marginal die break or “cud.” However, I could see from the photos that, whatever this defect might be, it was not a cud.

A cud, by definition, involves the rim and at least a little bit of the adjacent field or design. In other words, a chunk breaks off from the corner of the die, leaving a void that replaces the rim gutter and adjacent field portion of the die face. The raised anomaly on this 3-cent coin is restricted to the field, lying between the dentils and the wreath of laurel leaves.

A long list of possible explanations exists for the defect, but investigation is hampered by the coin’s condition. The coin shows an advanced state of wear and would probably grade Very Good. It also possesses some porosity, a common affliction of this issue.

Despite the coin’s suboptimal condition, clues are available that permit some working hypotheses to be discarded. A wide die crack runs through the anomaly and a second die crack skirts its internal margin. These cracks demonstrate that the die face was intact here. We can therefore rule out an interior die break as a possible diagnosis. An interior die break is a void produced when a flake spalls off the die face, leaving a featureless lump on the coin itself. Any die crack would be interrupted by this void.

It’s possible that this is, instead, a retained interior die break. Such an error occurs when an island of metal separates and sinks into surrounding softer metal. This leaves the coin’s design sitting on a low plateau. However, the medial margin of the elevation seems too ill-defined, and the lateral margin too perfectly curved, to make this a likely choice.

These same attributes would also seem to rule out various forms of impact damage, such as a die dent or an impact scar. These would not respect the boundaries of the design so faithfully. I don’t see much resemblance to raised blemishes produced by rust or corrosion eating into the die face. These can be dramatic and are especially well-known among 1838 Seated Liberty half dimes. Finally, it doesn’t look like a case of die erosion. Die erosion pits leave “patches” or “blebs” on the coin. While these are usually confined to the field, they tend to be flatter and smaller than the blemish seen on the 1866 3-cent coin. They also tend to have very irregular boundaries. Die erosion pits are associated with late die states and may be caused by decarburization of the die steel.

This heavy, localized wear may indicate that this portion of the encircling rim and dentils was higher than anywhere else along the coin’s perimeter. I suspect that this portion of the die face was deformed and had receded below the plane of the die face. I likewise suspect that the raised blemish itself probably represents an area of local deformation.

If so, this would be the earliest die subsidence error known to me. Also known as a sunken die error, it represents an area where the die face experienced plastic deformation and sank in. A significant percentage of such errors are accompanied by cracking, and we’ve already noted the presence of die cracks.

A well-known example of a die subsidence error is the “goiter” 1924-S Lincoln cent, shown here. A zone of subsidence crosses Lincoln’s neck at an oblique angle, looking very much like a distended external jugular vein. The bulge is flanked by two thin die cracks. Die subsidence errors were discussed in 2011 in several columns (April 4, April 11, June 20, Aug. 29).

While this seems the most likely explanation for the raised blemish and heavily-worn rim, the general state of wear and porosity makes it impossible to be totally sure.

If any Coin World reader has a less circulated example of this error, I’d love to see it. You can contact me through the Coin World editorial staff at the email address and telephone number appearing at the bottom of this page.