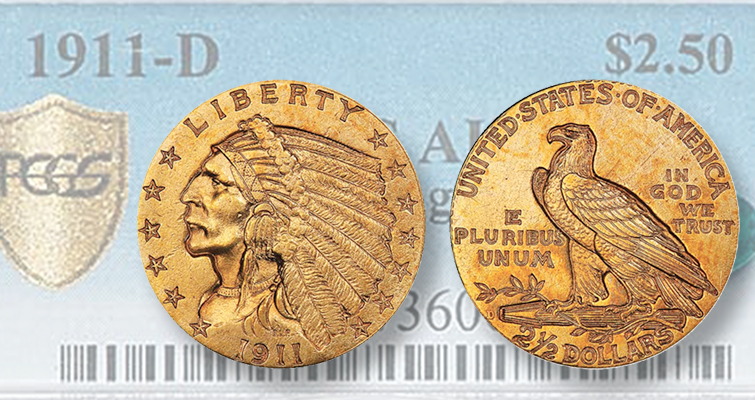 Collectors unfamiliar with the series might not detect the wear on a lightly circulated coin like this appealing PCGS AU-58 1911-D Indian Head gold $2.50 with a green CAC sticker, which may have sold as Mint State before the adoption of third-party grading. 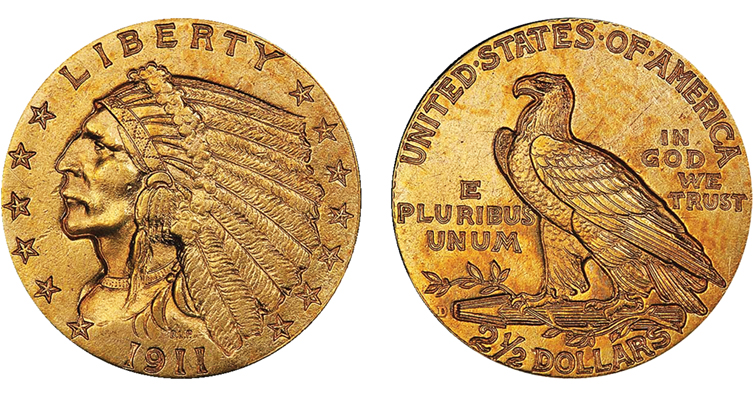 Along with light wear in the fields, a strong D Mint mark is seen on the reverse of this 1911-D Indian Head gold $2.50 quarter eagle that realized $5,060 in Legend's Dec. 16 auction. The Native American’s cheek on the obverse also shows light rub.

Because the devices’ high points are mostly below the fields as a result of Pratt’s innovative design, collectors unfamiliar with the series can have trouble detecting wear on lightly circulated coins, and a coin like the offered one — graded About Uncirculated 58 by Professional Coin Grading Service with a green Certified Acceptance Corp. sticker — was often sold as Mint State before the adoption of third-party grading. Sometimes the term “Borderline Uncirculated” or “Slider” is used for such high-end AU coins.

The high point is at the Native American’s cheek on the obverse, which shows light rub, as do the reverse fields. The appealing coin sold for $5,060 in Legend’s auction.

Two primary Mint mark varieties are seen on this low-mintage issue of just 55,600 coins: the Strong D and the Weak D. The issue is frequently counterfeited by adding a false Denver “D” Mint mark. Some Weak D examples display a Mint mark so faint that it is virtually undetectable, on which PCGS co-founder David Hall remarked, “Seems that when someone buys a 1911-D they actually want to see the D!” 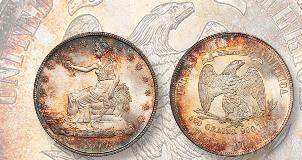 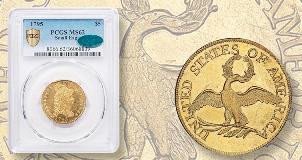 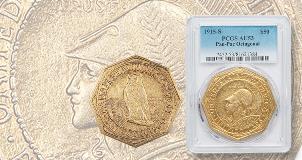