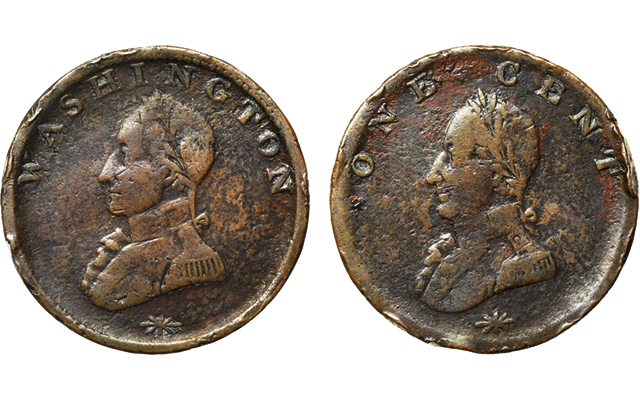 Such is the case with this undated George Washington cent, popularly called the “Double Head” type since Washington’s profile portrait in military dress with a wreath crowning his head is depicted on both sides.

The “Double Head” type has traditionally been grouped with several Washington token types that bear the date 1783 and this date is noted on Newman’s original brown paper envelope that housed the coin. However, it was potentially produced decades later.

Heritage described the piece in the auction as “a plentiful and popular Washington piece.” This example, colored medium-to-dark brown with corrosion, rim bruises and a tinge of red patina, brought $117.50 at Heritage's May 17 auction of the Eric P. Newman collection.