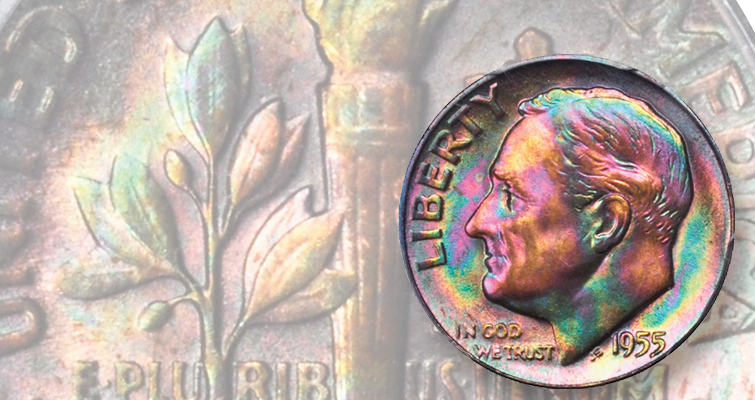 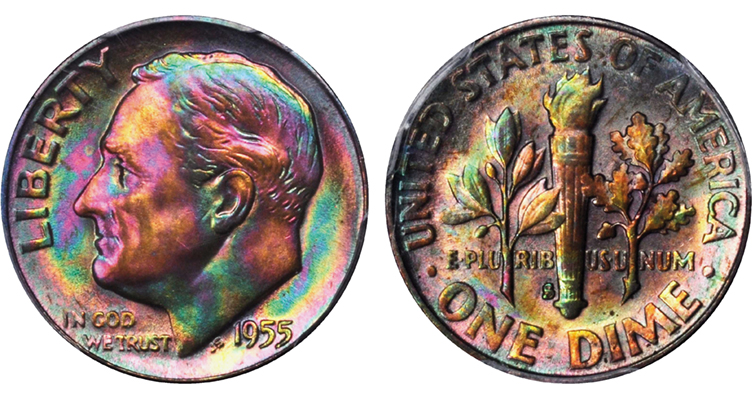 Certainly one of the most beautiful coins in various Stack’s Bowers Baltimore auctions was this 1955-S Roosevelt dime graded MS-67+ by PCGS with a Quality Assurance sticker on the slab. With a mintage of 18,510,000, the issue is common, and even MS-67 certified examples sell for $50 or so.

What made the subject coin special was the vivid rainbow toning on both the obverse and reverse. The cataloger observed, “Both sides are layered in blended pink, apricot, emerald green, rose-gray and cobalt blue toning that provides absolutely outstanding eye appeal.” The spectacular dime realized $1,645 on Nov. 4. 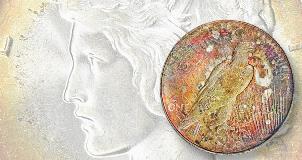 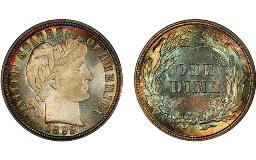 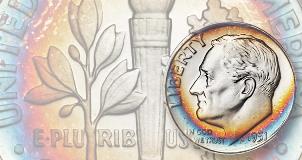