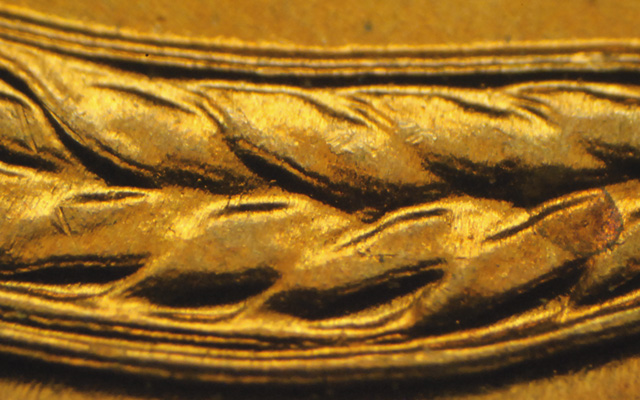 Strong doubling to the wheat kernels shows on the reverse of a 1946 Lincoln cent submitted by Marvin L. Young. 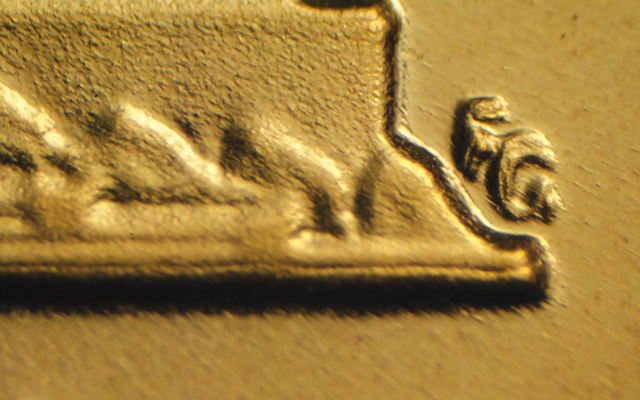 A Proof 1964 Lincoln cent submitted by David Mulberry shows strong doubling to the lower right on the Lincoln Memorial and the designer’s initials. 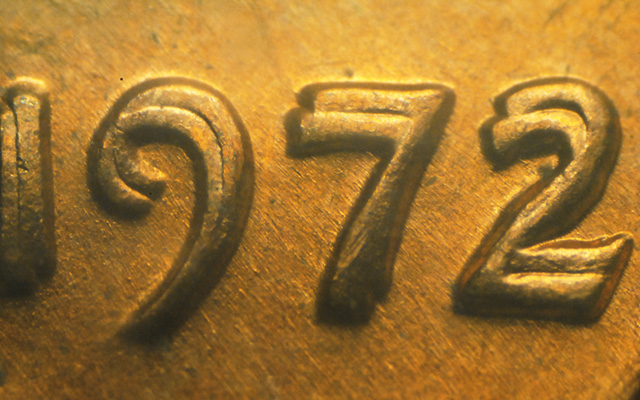 John Gardner submitted this example of the classic 1972 Lincoln, Doubled Die Obverse cent. Here we see the major doubling on the date. 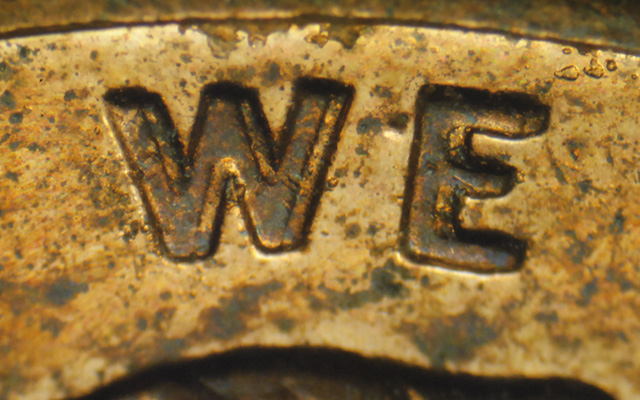 A 1946 Lincoln cent with a strong doubled die reverse was submitted by Marvin L. Young. Strong doubling shows on E PLURIBUS UNUM, the dots, the left wheat ear and stalk, and the left-most letters of UNITED STATES OF AMERICA, and ONE CENT. I have it listed as 1946 1¢ WDDR-001, while the Combined Organizations of Error Collectors of America lists it as 1-R-II+V and Coppercoins lists it as 1946P-1DR-001.

David Mulberry submitted a Proof 1964 Lincoln cent with a very strong reverse doubled die. Strong doubling shows on ONE CENT, the designer’s initials, the lower right of the Lincoln Memorial, OF AMERICA, and UNITED. I list it as 1964 1¢ Pr WDDR-081. The average life of Proof Lincoln cent dies is about 3,000 coins, suggesting that this variety is fairly scarce.