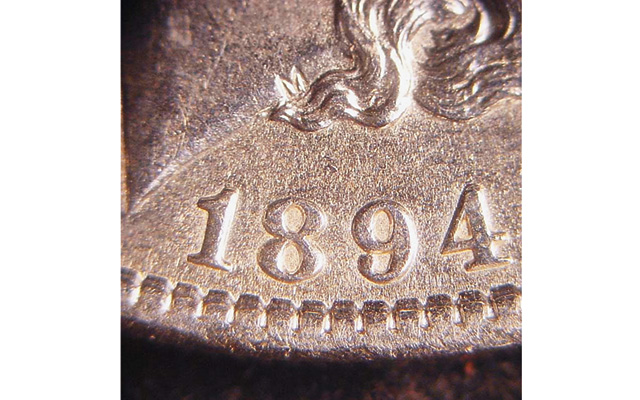 Close observation of the date’s position will aid in authentication. 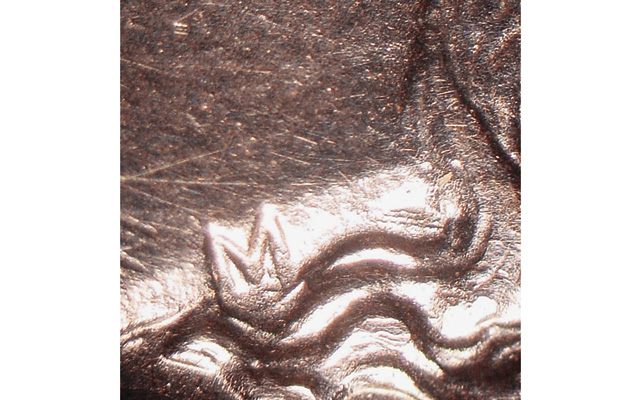 A single die marriage produced all circulation strike 1894 Morgan dollars. The genuine obverse has a patch of three parallel scratches to the right of Morgan’s initial. 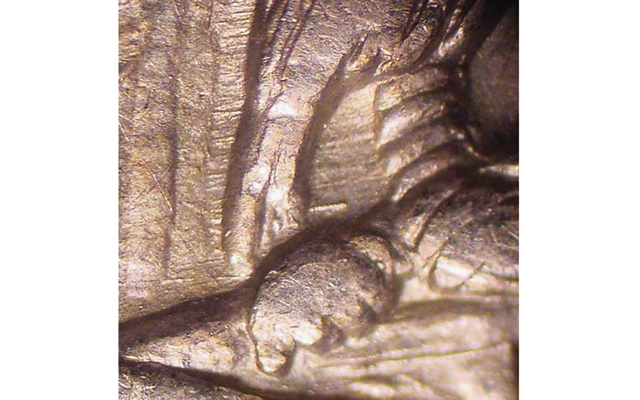 The only circulation issue producing reverse die can be identified by a short horizontal gouge above the eagle’s inner toe. 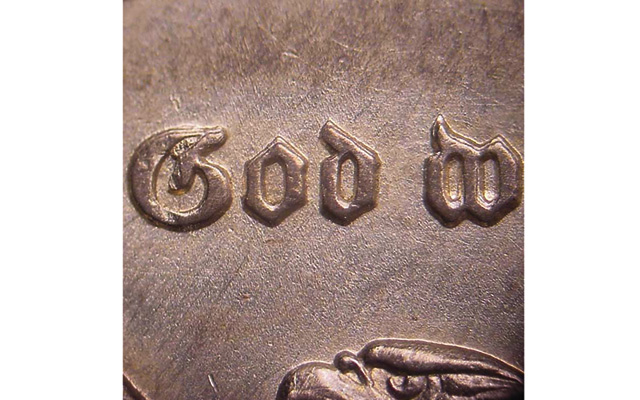 The reverse is also a minor doubled die, with its spread most apparent on the tops of the letters of the motto IN GOD WE TRUST.

One of the most effective aids in counterfeit detection is a solid knowledge of what features should be present on genuine examples. The observational skills of the variety collector and the authenticator often overlap. This is certainly true for Morgan dollars.

One of the more desirable dates in the set is the 1894 Morgan dollar. Only 110,000 pieces were produced for circulation, all from a single die marriage. Some of its characteristics have been known for decades. A trait from a genuine example is pictured and described in Counterfeit Detection, a 1983 compilation of articles written by ANACS staff for The Numismatist.

In May 2004, a minor doubled die reverse was noted. While not truly a new discovery, it was formally listed as VAM-3 in New VAM Varieties of Morgan Dollars by Leroy Van Allen (VAM-1 and -2 are Proof strikes). In addition to the slight doubling along the tops of the letters of IN GOD WE TRUST, the reverse may be positively identified by a short gouge above the inner toe of the eagle’s left (viewer’s right) toe. In circulated examples, this spot is prone to being filled with dirt and grime, but is durable because of its protected location.

The obverse die may be identified by careful inspection of the date’s position. The left edge of the base of the 1 is near the left edge of the third dentil from the point of the neck. The die may be further identified by a patch of three die scratches off to the right of Morgan’s initial. If a purported example does not exactly match these features, it’s not a circulation strike 1894 Morgan dollar.

Before condemning a piece as a forgery, a comparison to Proof examples should be made. Two of the three Proof dies have date positions that are similar, but not an exact match to the VAM-3. A comparison can be made by visiting the online archives of one of several major auction houses.