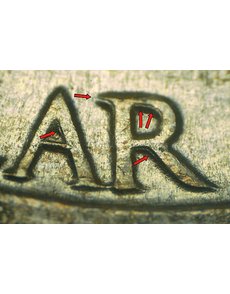 The easiest place to spot the doubling on the 1928-D doubled die reverse quarter dollar submitted by Robert H. Knauss is on the R in DOLLAR. 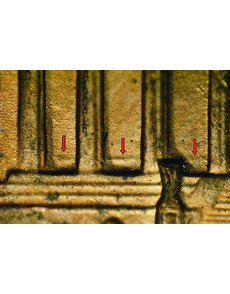 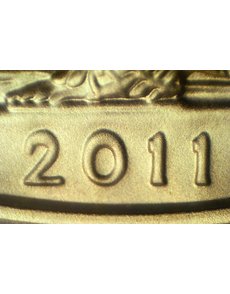 Very strong extra thickness shows on the upper digits of the date on a 2011 silver American Eagle submitted by Mark Alvarez. 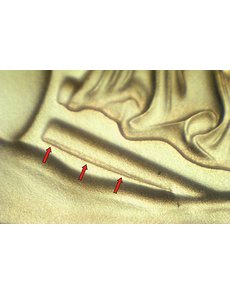 Here we see the nice Class II spread toward the center on the underside of the sun’s lower ray on the same 2011 American Eagle silver coin.

It took almost 15 years for one to cross my desk so I could add it to my files. Thanks to Coin World reader Robert H. Knauss that opportunity finally arrived.

I now have this variety listed as 1928-D 25¢ WDDR-001. It is a welcome addition to my files as the Standing Liberty quarter dollar series has very few die varieties.

My files contain just six unique doubled die varieties for the series, the most significant being the 1918/7-D Standing Liberty quarter dollar.

Wayne Perry submitted a 1994 Lincoln cent with a doubled die reverse. A spread to the south resulted in extra floor lines in the first three bays on the left and the last two bays on the right.

A 2011 American Eagle silver bullion coin with a doubled die obverse made it into my inbox courtesy of Mark Alvarez. The coin was struck normally without Mint mark at the San Francisco Mint.

Class VI extra thickness shows on the date, IN GOD WE TRUST, LIBERTY, the lower part of the sun’s upper rays and the stars.

Also, a Class II spread toward the center shows on the underside of the sun’s bottom right ray, the bottom of the gown and the outer letters of IN GOD WE TRUST.

I now have this one listed as 2011 $1 ASE WDDO-001. It is interesting to note that it was found in a five-coin 2011 25th Anniversary set, so if you have any of those sets, dig them out and check to see if you have the doubled die variety.