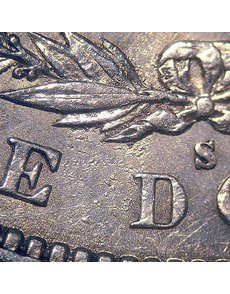 The VAM-6A stage is defined by an extensive band of pitting from under the tail feathers to the rim. 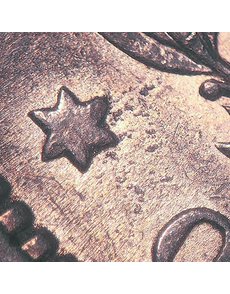 The field around the left star also exhibits patches of pitting. 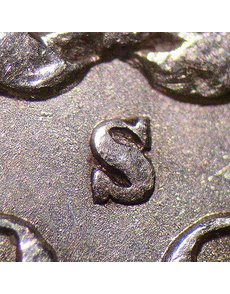 All stages have a minor repunched Mint mark visible as a diagonal bar inside the upper loop of the S. 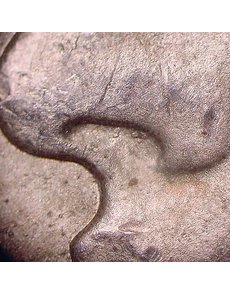 The obverse is fairly nondescript aside from a few die chips inside Liberty’s nostril.

Jeff Oxman’s book, SSDC Official Guide to the Hot 50 Morgan Dollar Varieties, has helped specialized collectors focus on a select group within the series for more than a decade. With added attention and experience, some of the listed components have been redefined. Seeing how some of the more noteworthy varieties fit into the larger picture of a mint’s annual production often further adds to their appeal.

In 1998, one of the true pioneers of Morgan dollar variety research, Terry Armstrong, first reported an 1888-S Morgan dollar with a strongly pitted reverse. It was originally designated as VAM-1B in the first annual installment of New VAM Varieties of Morgan & Peace Dollars by Leroy Van Allen. The stage was reclassified as VAM-6A in 2009 when its repunched Mint mark was noted.

The current understanding of the progression of the reverse die’s usage appears to begin with its pitted stage, implying it was placed into service with plainly visible flaws. A strong patch of raised pitting extends from the tail feathers, past the left side of the bow, between the E of ONE and the D of DOLLAR, down to the rim.

After a short production run the reverse die was polished, removing almost all the pitting except where it passed through the wreath. Subsequently, the obverse die was changed, and the dies clashed and both dies were polished yet again.

Some likelihood exists that further revision of the VAM listings will be forthcoming.

The former VAM-1B and VAM-1C coins, all of the stages of the former VAM 12, and all of the current listings within the VAM-6 group are related to this single reverse die.

A detailed understanding of the reverse die’s different stages has been both added and subtracted from the Van Allen-A. George Mallis book.

Only the strongly pitted version currently known as VAM-6A is considered part of the Hot 50 set, but each of the other related stages forms a piece of a puzzle that is still being assembled.