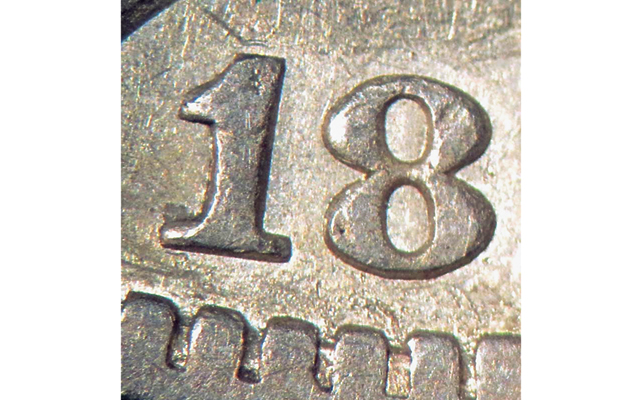 The VAM 67 is listed with minor repunching on bottoms of the 1 and 8. It’s much easier to see the gouge that almost fills the spaces between denticles under the 8. 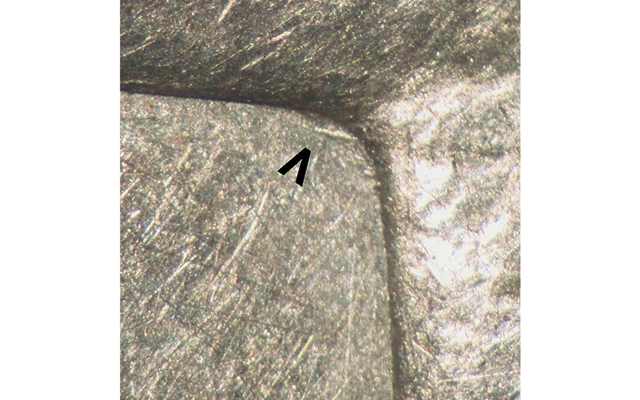 A short, but strong die gouge is located in the field at the top of Liberty’s throat. 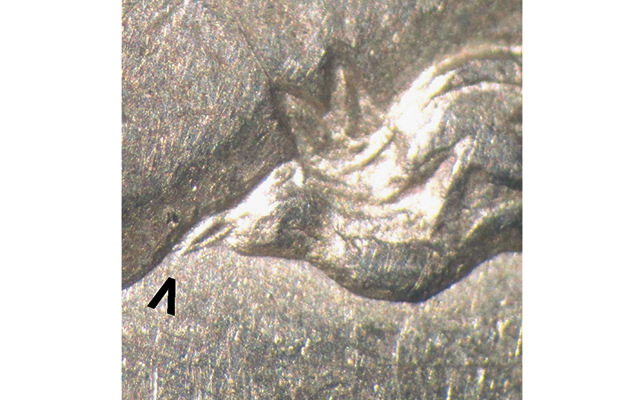 Several varieties share this odd tip on the lower hair. While this feature doesn’t confirm an attribution, it must be present. 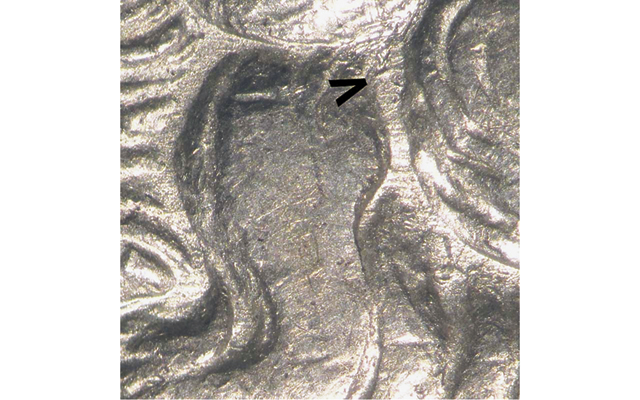 The obverse may be further identified by its pattern of die scratches in the gaps of the lower hair.

Assisting in a significant discovery and advancing the field of study makes for a good day’s work. Reporting a new discovery takes on even greater significance.

Five years ago, Logan McKechnie of VAMs and More submitted an 1879-S Morgan, Reverse of 1878 dollar. He was uncertain of the attribution and routinely requests further research if required. The 1879-S Morgan, Reverse of 1878 dollar group was among the first sought out as a distinct variety. The variation in reverse hub type is instantly recognizable by taking note of the eagle’s flat, almost sunken breast and the parallel arrow feathers used for most of the 1878 issue.

It stands in sharp contrast to the higher relief eagle, with a rounded breast and slanted arrow feather, used on the overwhelming majority of the series.

Several die marriages with the older reverse style are listed in the Comprehensive Catalog and Encyclopedia of Morgan & Peace Dollars by Leroy Van Allen and A George Mallis. The group was included in The Top 100 Morgan Dollar Varieties: The VAM Keys by Michael Fey and Jeff Oxman.

McKechnie’s coin had a readily identifiable reverse that is shared by VAM-43, -50, -51 and -52. I was more than a little puzzled when I couldn’t match the obverse to any of these listings. It took several comparisons and subsequent eliminations of all of the known varieties as well as double and triple checking the reverse before I was certain this was a new find.

After examination by Van Allen in January 2009, it is now known as VAM-67. It is still only known from a single example.

The obverse is what sets the variety apart, and this specific die hasn’t been found paired with any other reverse. It is listed as having slight doubling on the digits 18 and 9 along with a close quadruple spread on the stars.

A study of die markers is essential to confirm an attribution. Any claim of another example being found would be celebrated by the VAM community, but also be viewed as suspect unless corroborated by a qualified professional.