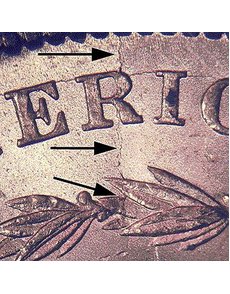 The newly discovered VAM-19B 1878-CC Morgan dollar is defined by a strong radial break through the R of AMERICA. 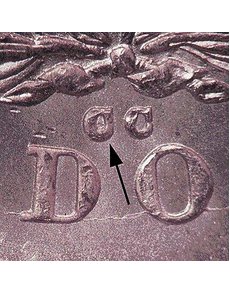 All varieties in the VAM-19 group share the same reverse die. The left C in the Mint mark is heavier and appears larger than its counterpart to the right. 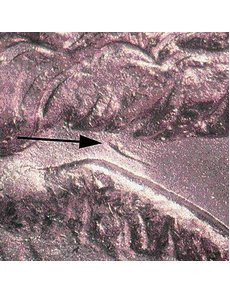 The exact reverse may be further identified by a nearly vertical gouge in the gap between the eagle’s neck and wing. 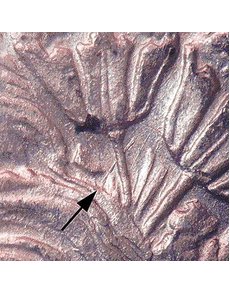 A good obverse marker is the die line that passes under the stem of the left cotton boll.

Three years have passed since the publication of my book, A Guide to the Varieties of the 1878 Carson City Morgan Dollar. A few weeks ago, a fellow enthusiast contacted me about an 1878-CC Morgan dollar he’d just purchased that did not appear to be listed.

After seeing a few pictures of Mitch Hill’s dollar, I thought I needed a much closer look. He graciously forwarded his dollar. After examining his find, I felt it was something that Leroy Van Allen also needed to see. I had already planned a visit, so I brought Hill’s example along. Van Allen concurred with my assessment. In a letter dated Feb. 8, the new listing VAM-19B was officially created.

The variety is the final stage in the VAM-19 progression. Its defining characteristic is a radial die break that passes through the R of AMERICA and right wreath bough, almost reaching the wing. All stages of the group share a common reverse. It can be identified by the CC Mint mark, with the left C heavier than the right. An additional diagnostic is a vertical gouge found between the eagle’s neck and wing.

Two distinct obverses were paired with this reverse. The VAM-19B also happens to be one of only a small handful of documented remarriages in the Morgan dollar series. The specific obverse die used includes a vertical line in front of Liberty’s eye and a strong line that passes under the stem of the left cotton boll.

The first marriage of these two dies can be located with a little patience. After a brief production run the obverse die was swapped out. After another seemingly brief run, the second obverse broke between the R and I of PLURIBUS, continuing down to LIBERTY, forming the rare VAM-19A. The coiners of the Carson City Mint then retrieved the first obverse and placed it back into service.

An estimate of value for the VAM-19B dollar would be speculation. My best guess would be roughly equivalent to the value of a VAM-19A dollar — which commands a significant premium.