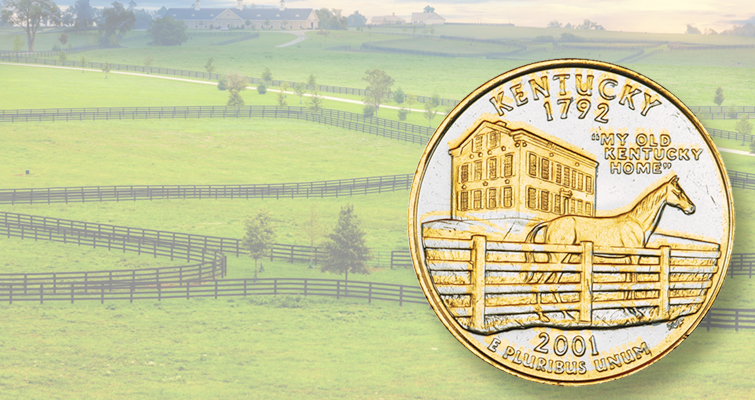 Gold-plated (or painted) coins, like this 2001 Kentucky State quarter, possess little to no numismatic premium beyond their face value, as any gold content they carry is extremely small and the alteration of the coins negates even a Mint State condition

Let's dive into the mailbag and see if we can help some collectors out with getting the information they need.

Q: I have State quarters that were coated with .999 gold and .999 platinum. Are these coins valued more or less than the original coins would be valued in Mint State condition? If it is more, how do I find out how much the gold or platinum on them is worth?

Some collectors like coins altered in this manner; others do not. If one likes them, and the price is not exorbitant, then there is no reason not to collect them, as long as the buyer is aware that the coins do not contain substantial amounts of precious metal and will have no premium value.

Q: I have a “ballistic roll” of 2007-P Thomas Jefferson Presidential dollars. I can’t find a value for it. Can you determine?

A: Coin World’s Coin Values doesn’t provide pricing for coins in rolls. However, viewing completed sales on the Internet auction site eBay is one good resource by which to determine their value.

For example, an eBay sale that ended June 15 offered a 25-coin roll of Uncirculated 2007-P Jefferson Presidential dollars. The roll sold for $28.55, or just $3.55 above its $25 face value. That would seem to be a fair representation of its current market value.

The 2007 Thomas Jefferson dollar has the third-highest mintage of the series, topped only by the 2007 George Washington and John Adams dollars.

The Philadelphia Mint struck more than 100 million Jefferson dollars for circulation; more than 102 million of the coins were struck at the Denver Mint. These mintages don’t include the P-Mint and D-Mint Satin Finish Jefferson Presidential dollars offered in the U.S. Mint’s 2007 Uncirculated Mint sets or the Proof 2007-S Jefferson dollars struck by the San Francisco Mint that year. 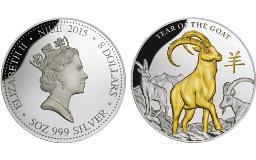 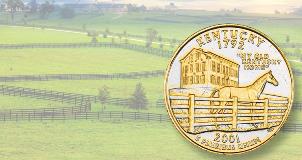 Did the Mint produce a gold Kentucky State quarter? 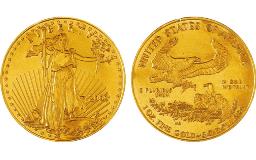