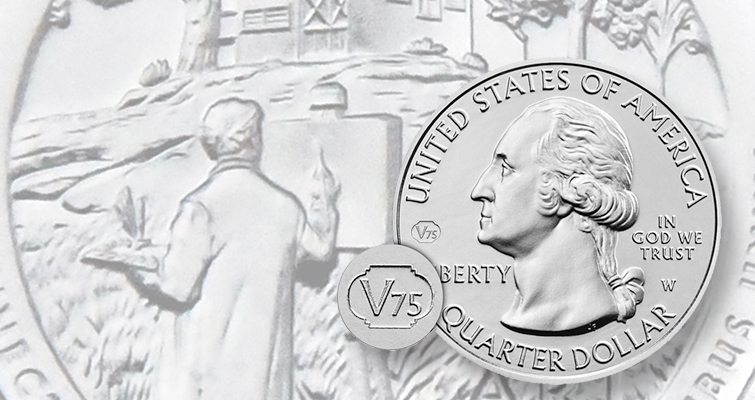 Although the Weir Farm National Historic Site quarter dollar is the second America the Beautiful quarter dollar to be issued in 2020, the 2020-W strikes are the first of the West Point Mint production for 2020 to be released. 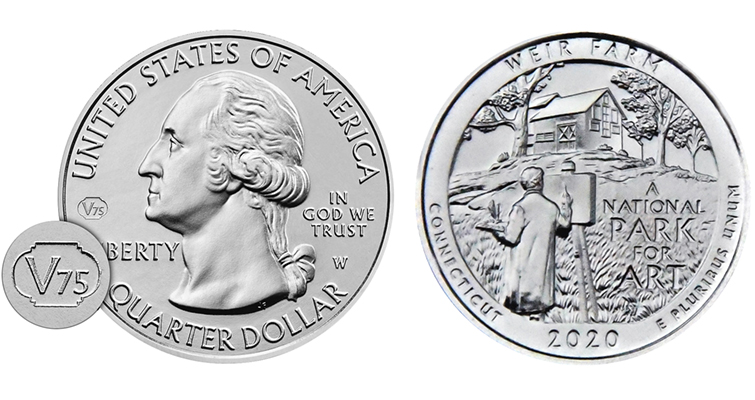 The 2020-W quarter dollars struck at the West Point Mint will all bear a V75 privy mark on the obverse to celebrate the 75th anniversary of the end of American combat involvement in World War II.

A breaking development released by the U.S. Mint at 12:51 p.m. Eastern Time April 3 indicates the 2020-W National Park of American Samoa quarter dollars will be released into circulation April 6 along with the 2020-W Weir Farm National Historic Site quarter dollars.

Todd Martin, acting director of the Mint’s Office of Corporate Communication, confirmed that U.S. Mint officials had verified inclusion of the American Samoa West Point Mint strikes in addition to the Weir Farm coins  in the April 6 release, after Coin World had closed out its deadline for the April 20 cover issue. The print story references only the 2020-W Weir Farm coin release, since the American Samoa release was not yet confirmed.

According to the April 3 Note to Editors, “The Mint will be releasing the first two 2020 ‘W’ America the Beautiful Quarters, honoring the National Park of American Samoa (American Samoa) and the Weir Farm National Historic Site (Connecticut), on April 6.

“The coins will likely begin to appear in circulation within four to six weeks after the release date. The first wave of National Park of American Samoa quarters bearing the ‘P’ or ‘D’ mint mark were released February 3, 2020, and do not bear the privy mark.

The original version of this article starts below:


The first 2020-W America the Beautiful quarter dollars scheduled by the U.S. Mint to be released into general circulation through the Federal Reserve, on April 6, are the Weir Farm National Historic Site issue, with additional select distribution points to receive coins after that date.

The American Samoa coin on Feb. 3 was the first 2020 America the Beautiful issue, but that release comprised only the Denver Mint and Philadelphia Mint strikes.

Treasury approval to include an obverse V75 privy mark to celebrate the 7th anniversary of the end of American combat involvement in World War II on the 2020-W quarters had not been granted soon enough for minting the 2020-W American Samoa coins.

The V75 is raised within a recessed cartouche shaped like the reflection pool that is part of the World War II National Memorial in Washington, D.C. The V references Victory. The privy mark, which is now part of the common 2020-W George Washington obverse master die and subsequent working dies, is positioned at the 9 o’clock position in the field, lining up with Washington’s chin, and below the U in UNITED.

The privy marked 2020-W National Park of American Samoa quarter dollars will be issued later in the year, after the release of the 2020-W Tallgrass Prairie National Preserve coins.

U.S. Mint officials have not yet announced an exact release date for the 2020-W National Park of American Samoa coins and how they will be distributed into circulation.

The West Point Mint is scheduled to strike two million of each of the 2020 America the Beautiful quarter dollars, salting the coins randomly within shipments of Denver Mint and Philadelphia Mint coins, which are then delivered to Federal Reserve-contracted armored carriers who deliver the coins to member banks and financial institutions.

The distribution sites, on or after April 6, for the 2020-W Weir Farm coin appear in the table below. 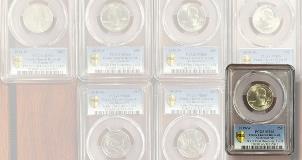 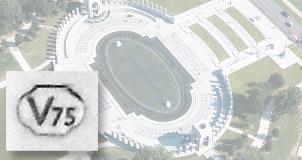 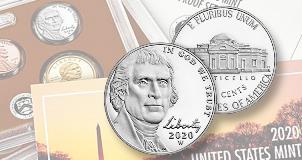