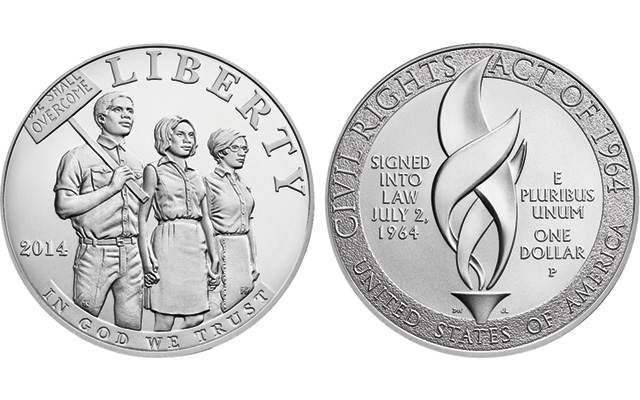 The 2014 Civil Rights Act of 1964 Uncirculated dollar coin is sold out, according to the U.S. Mint

The 2014 Civil Rights Act of 1964 Uncirculated silver dollar is sold out, according to the coin’s product page on the U.S. Mint website.

The status has been applied just before before the Mint halts all purchases of 2014 commemorative coins at noon Eastern Time Dec. 30.

Only the Uncirculated version of the Civil Rights Act dollar is listed as sold out. Proof versions are still available for $54.95.

Just because a coin is sold out does not mean the Mint sold its maximum mintage.

The maximum mintage for the Uncirculated Civil Rights Act dollar was 350,000. However, only 24,574 had been sold as of Dec. 21, according to the Mint’s numbers (which are preliminary and subject to change).