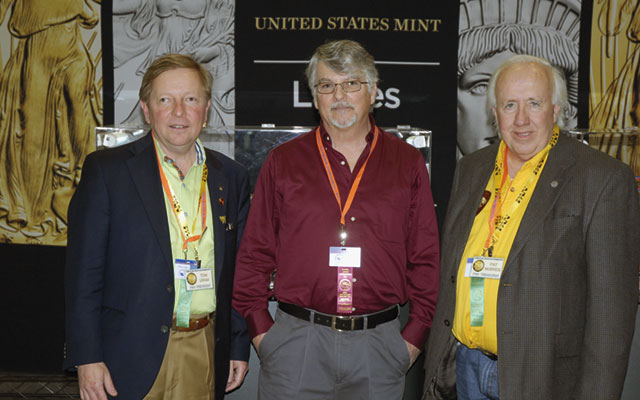 Pennsylvania collector Tom Uram captured the Best in Show competitive exhibit award at the Florida United Numismatists Convention Jan. 8 to 11 for his display "The Kings and Queens of England Through Maundy Money."

Uram's exhibit also took first place in the Foreign Coins exhibit category. Second place in the category went to James Zylstra for "Coins from the Cities of the Seven Churches of Asia" with third place going to John Phipps for "The United States/Philippine Commemorative Coins."

Dennis Schafluetzel was voted to receive the People's Choice Award for his exhibit, "Wills Valley and Chattanooga & Alabama Railroads."

Other categories and their respective award recipients are:

FUN Junior YNs range from 9 to 16 years of age and the seniors are 17 to 19, but if they are out of school and are attending classes of higher learning they can exhibit through their 21st year, according to FUN Educational Exhibits Coordinator Robert Russell.