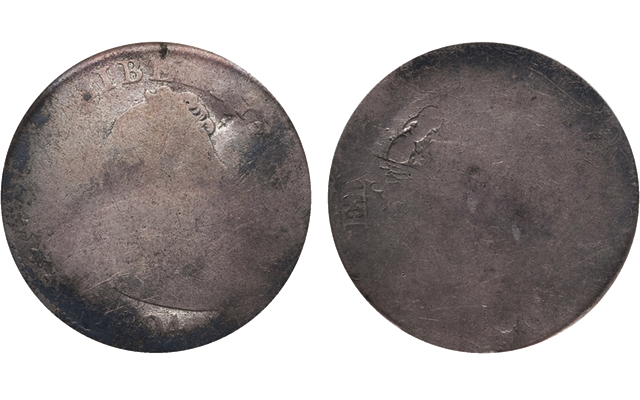 In an auction that offers more than 6,000 lots, many other scarce coins are offered that, while not the finest known, still provide solid values for buyers. Below is one of these coins.

The story: When a coin is graded Poor 1, you know that it has some stories to share. This 1804 Draped Bust quarter dollar represents an unusual example in that the date is full, even though almost everything else — including virtually the entire reverse — is gone. It’s also unusual in that it doesn’t have major problems beyond a lot of wear.

The Draped Bust quarter dollar was first issued for circulation in 1796 with the Small Eagle reverse design. No quarter dollars were struck from early 1797 until 1804 when the Heraldic Eagle type began and continued to 1807.

By 1804, the Heraldic Eagle reverse design appeared on all of the silver denominations: half dimes, dimes, quarter dollars, half dollars and dollars.

PCGS estimates that perhaps 400, or so, examples of the 1804 quarter remain from an original mintage of 6,738 pieces. This is the only example the firm has graded Poor 1. At $881.25, it is one of the least expensive 1804 Draped Bust quarter dollars to sell in recent years.