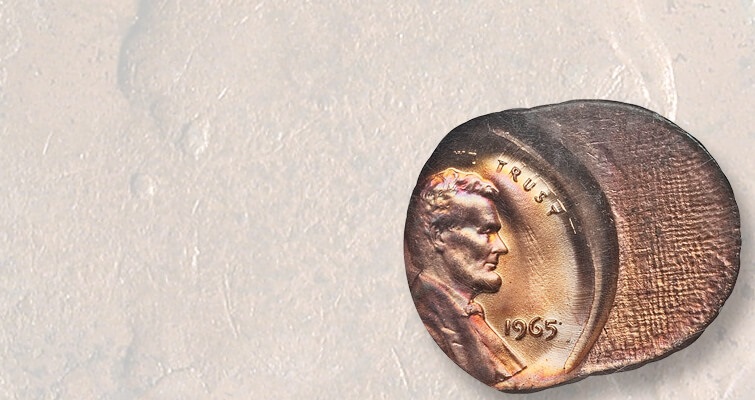 Both faces of the unstruck portion of this off-center 1965 Lincoln cent show a clear weave pattern. It seems that a rag was rolled into both sides of the leading edge of the coin metal strip. 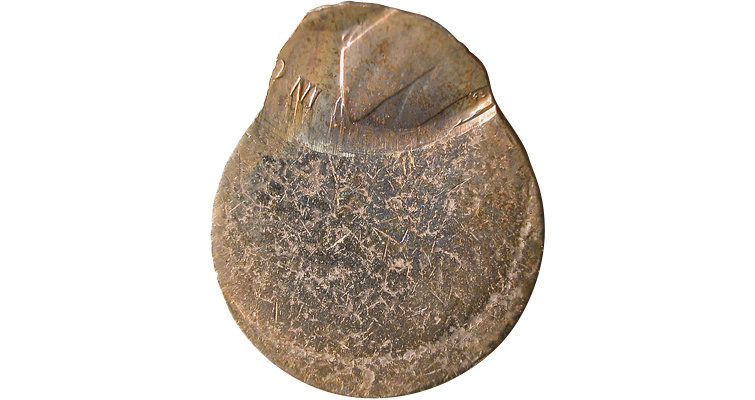 The unstruck portion of this off-center underweight Jefferson 5-cent coin is severely pitted, probably as the result of chemical attack. 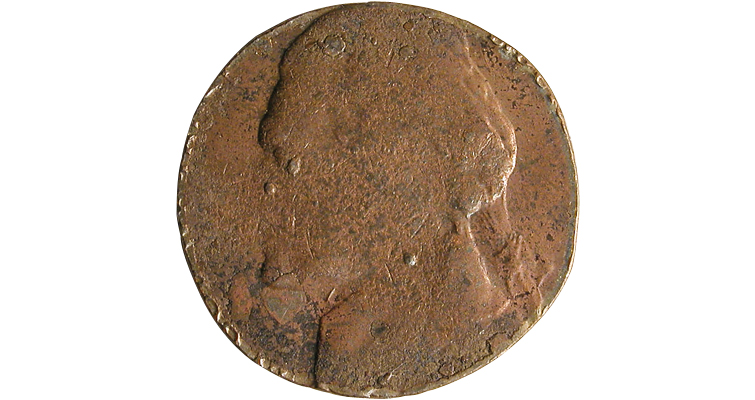 An unknown foreign planchet was presumably subjected to intense heat before being struck by 5-cent dies. The roasted planchet has a coarse, brown patina studded with brown and silvery lumps. 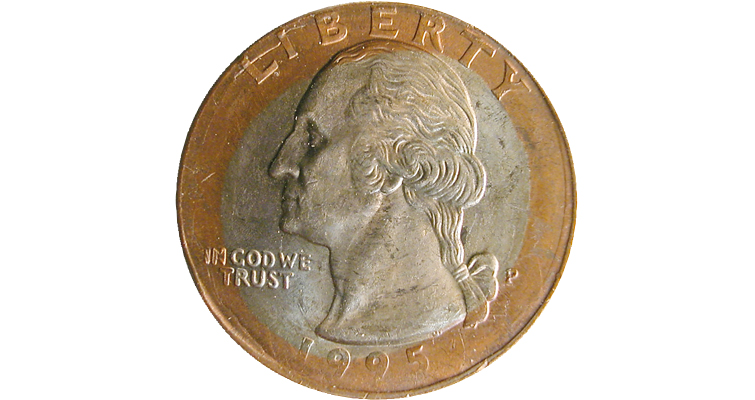 Before being struck, this Washington quarter dollar planchet was sandblasted, or abraded in some similar manner. A good deal of metal was lost on both faces and around the edge, and the coin has a pitted, matte texture. 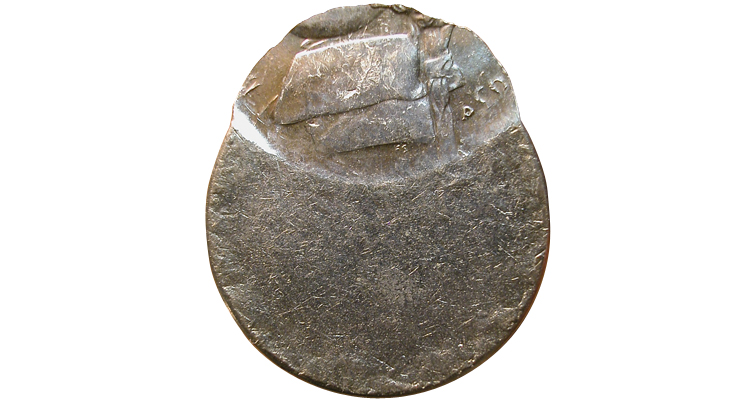 The lumpy texture of this 1993-P Jefferson 5-cent planchet seems to reflect an unusually coarse and irregular interior micro-structure.

When the unstruck portion of an off-center coin displays an abnormal surface texture or topography, it can point to subsurface irregularities, improper planchet preparation, or various external insults.

A particularly dramatic example of an externally generated surface texture is seen here on an off-center 1965 Lincoln cent. The unstruck portion shows a clear weave pattern on both faces. All evidence indicates that a layer of cloth was rolled into both sides of the cent strip, most likely near the leading edge. A Mint worker was probably protecting his hands from the hot, sharp edge of the strip while guiding the latter into the rollers for its final pass. The rag was probably grabbed by the rollers and dragged into the rolling mill along with the strip. I know of a second, similar example.

Externally induced textures are more often the result of post-strike damage but not on the following coin. An undersized (23.54 millimeters), underweight (4.66 grams) 1995-P Washington quarter dollar preserves a fine matte texture on both faces with marked pitting on the reverse. It suggests that the planchet was sandblasted, or abraded in a similar fashion before striking. So much metal was lost around the perimeter that the copper core is exposed on both faces. The planchet was also rolled and squeezed in the horizontal plane before striking, relocating metal from copper core onto the obverse and reverse perimeter. I know of half a dozen similar quarter dollars from the mid- to late 1990s. The source of the damage is unknown.

Mechanical damage is not the only type of external assault that can alter the surface of a planchet.

Chemical attack seems to be the best explanation for the pitted surface seen on the unstruck portion of a severely underweight (3.38 grams rather than 5 grams), off-center 5-cent coin. Since the diameter (20.70 millimeters) is similar to, and the composition (75 percent copper, 25 percent nickel) identical to, a normal 5-cent planchet, I would assume that this is how it started out, and that the missing weight was dissolved away. Perhaps the wrong chemical mixture was used in the rinse bath after annealing. Many of the pits are filled with a white substance that is presumably a residue left behind after the planchet was removed from its harsh immersion.

Prolonged exposure to excessive heat would best explain the bizarre appearance of an Uncirculated 5-cent coin struck on a dime-sized copper-nickel planchet that weighs a mere 1.86 grams. Weakly struck due to its thinness, it is covered by a rough, brown patina upon which are scattered small lumps that look like solidified globules of formerly molten metal. Since they stand above the surface of the planchet, some of these lumps have been struck in isolation. Although the appearance of this coin is not typical of improperly annealed planchets, I don’t know where else besides the annealing oven the necessary amount of heat would have been generated.

Our final piece — an off-center 1993-P Jefferson 5-cent coin — shows a lumpy surface texture that at first appears due to a battering but is actually intrinsic to the planchet. The lumpiness evidently reflects a coarse and uneven interior micro-structure that rose to the surface when the planchet was stressed by upsetting and the strike. The lumpiness is most severe along and just inside the proto-rim and along the external margin of the off-center strike. I have a second 1993-P 5-cent coin — an enormous broadstrike — that shows the same pattern of lumpiness around the edge and the unstruck perimeter. 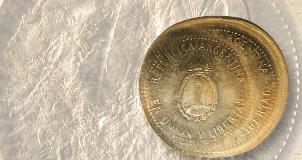 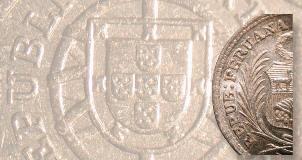 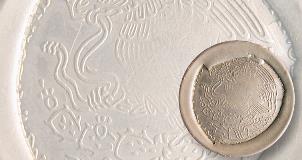