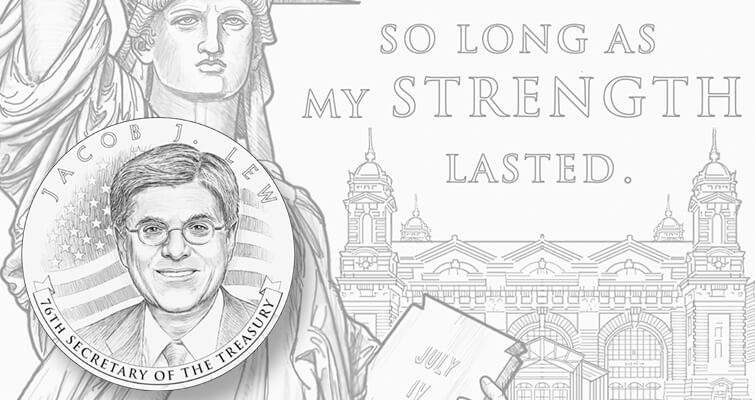 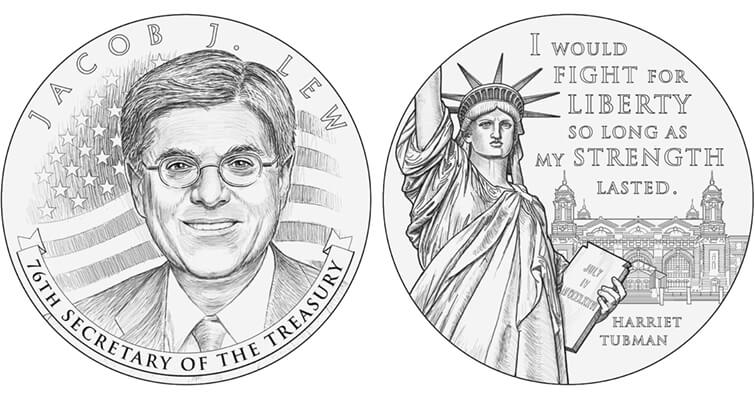 The designs recommended by the Citizens Coinage Advisory Committee feature Lew's portrait on the obverse, and a Harriet Tubman quote tucked in between the Statue of Liberty and Ellis Island on the reverse.

As the Obama administration winds down at the end of the president’s second turn, United States Mint officials are busy preparing several traditional medals it has issued for more than a century. Designs for the medals honoring President Obama’s two terms were earlier selected though not revealed in their final form, and now the designs for the medal for his last Treasury secretary have undergone review by two federal panels.

Proposed designs for U.S. Treasury Secretary Jacob Lew’s traditional medal by the United States Mint were put before the Citizens Coinage Advisory Committee and the Commission of Fine Arts for review during the groups’ separate Nov. 17 meetings. Medals honoring the secretary of the Treasury Department were first produced by the Mint in 1890.

Lew is likely serving his final days in his position, as President-elect Donald Trump will put together his own administration and replace most, if not all, of President Barack Obama’s cabinet secretaries.

All United States Mint coin and medal designs, including these ones for a medal honoring the department’s top official, are ultimately determined by the Treasury. The CCAC and Commission of Fine Arts make recommendations that the Treasury will consider.

The CCAC recommendations were submitted Nov. 17. The recommended obverse, which you can view in the slider above, portrays Secretary Lew with an American flag billowing in the background and the inscription “Jacob J. Lew.”  It also features the date Secretary Lew was sworn into office, “February 28, 2013,” and a banner with the inscription “76th Secretary of the Treasury.”

The reverse recommended by the CCAC features a quote by Harriet Tubman next to a portrait of the Statue of Liberty.

The quote reads, “I would fight for Liberty so long as my strength lasted.” The inscription “Harriet Tubman” sits below the design element of the Main Building on Ellis Island.

The CFA announced Nov. 17 that it recommends the same two designs. Both the obverse and reverse designs were favored by Secretary Lew himself.

That reverse design would be an fitting choice, as Tubman and Lew will likely forever be linked in the minds of collectors. It was under Lew’s watch that redesigned Federal Reserve notes were approved in April 2016, and Tubman was selected as the American woman whose portrait will grace the new $20 note.

We shared all of the proposed obverse and reverse designs for the medal with our Twitter followers Thursday. Have a look: 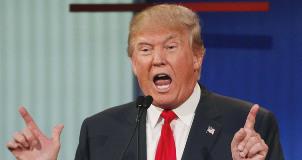 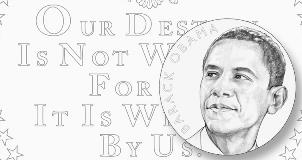