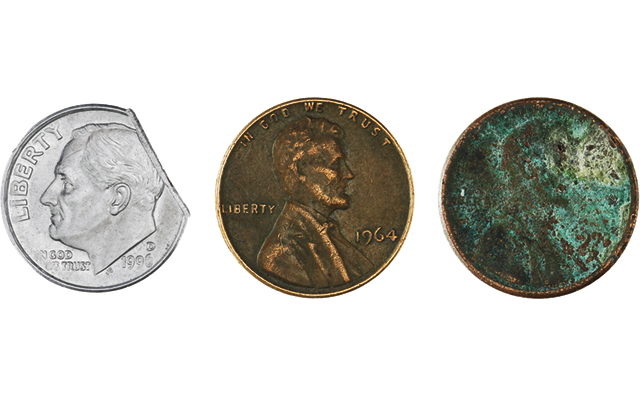 The United States Mint is accepting public comments through Sept. 15 on proposed regulation changes involving the redemption of uncurrent and mutilated coins.

The Mint’s proposal to amend Treasury regulations is aimed to update redemption rates and procedures as well as resolve what Mint officials indicate is “an apparent contradiction” in the current regulation. The last time the regulations were revised was in July 1999.

Under existing regulations, “Uncurrent” U.S. coins are defined as coins “which are merely worn or reduced in weight by natural abrasion yet are readily and clearly recognizable and machine countable.”

“Mutilated coins” are defined as “all coins that are bent, broken, corroded, not whole, melted together and not machine countable.”

Rates for the redemption of certain bent and partial coins, based on the Mint’s proposed regulation revisions, would be updated to reflect current values for the compositions of coins being redeemed.

The Mint’s proposed regulation revisions would also resolve the issue of whether the Mint will accept fused and mixed coins for redemption.

The Mint proposal recommends a regulation clarification that “will eliminate any suggestion that the bureau will accept fused or mixed coins for redemption.”

The proposed regulation revisions, and how to present comments about them, can be found posted on the Federal Register here.