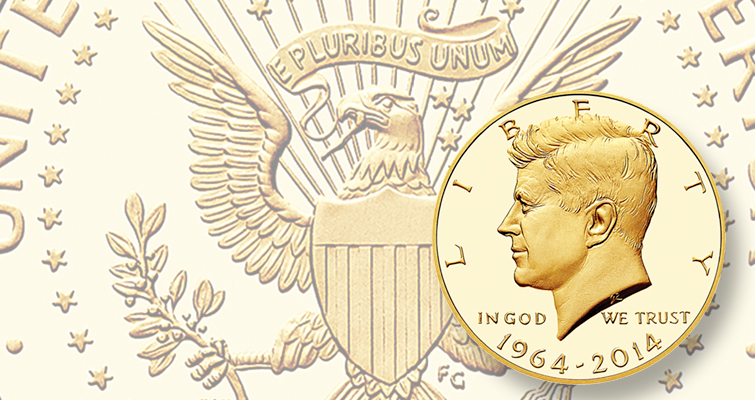 Demand for the gold Proof 1964-2014-W Kennedy 50th Anniversary gold half dollar was strong during first few months of sales before slowly tapering off. 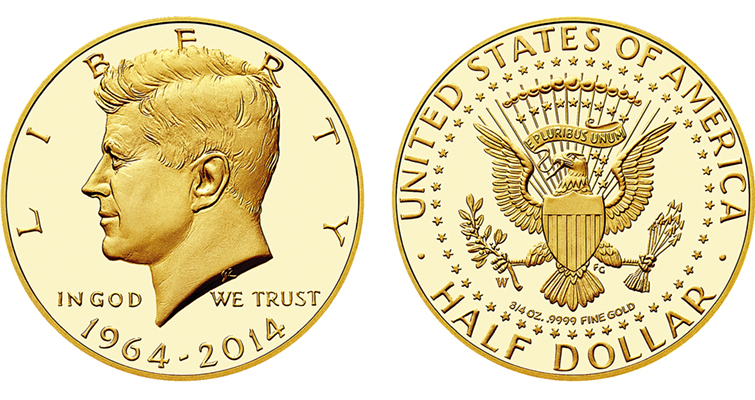 The Proof 1964-2014 Kennedy 50th Anniversary gold half dollar launched a collector frenzy when it went on sale in August 2014. 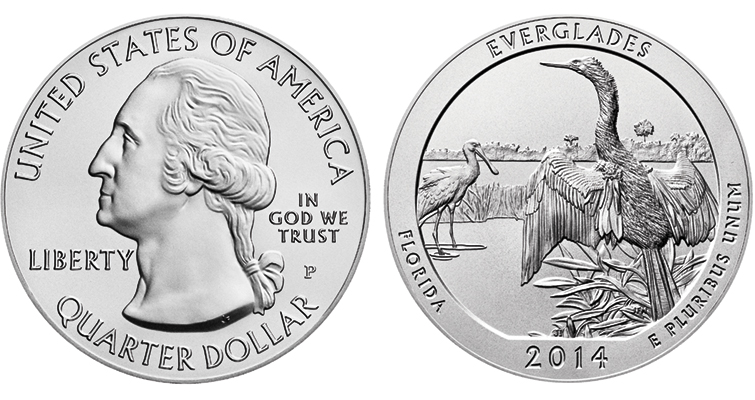 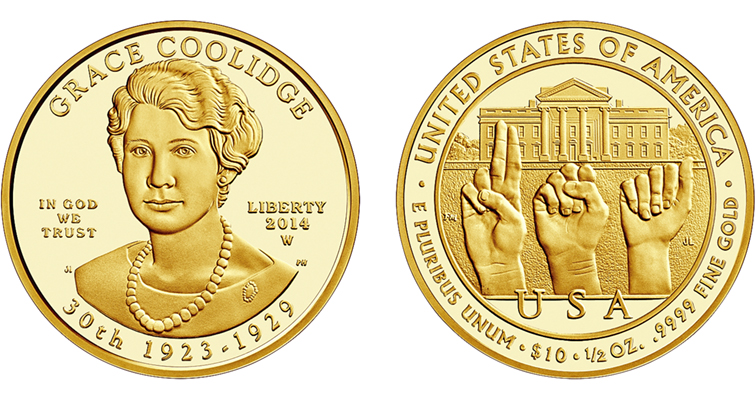 The Proof version of the 2014-W Grace Coolidge First Spouse $10 gold coin is recorded as sold out and no longer available from the U.S. Mint. 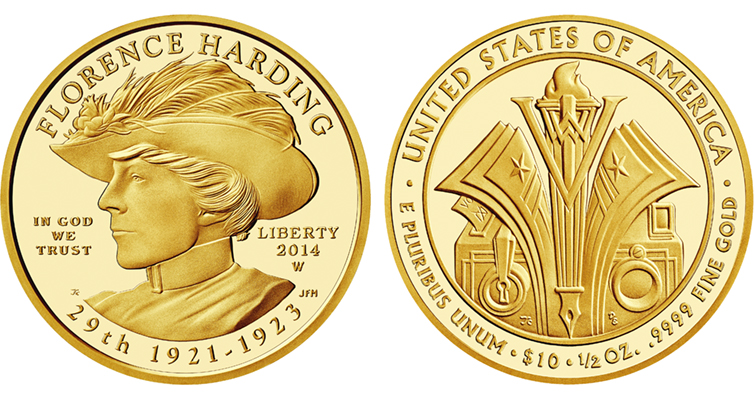 Collectors wanting the Proof versions of the 2014-W Florence Harding First Spouse gold $10 coin will have to acquire it on the secondary market since the U.S. Mint has exhausted its available inventory. 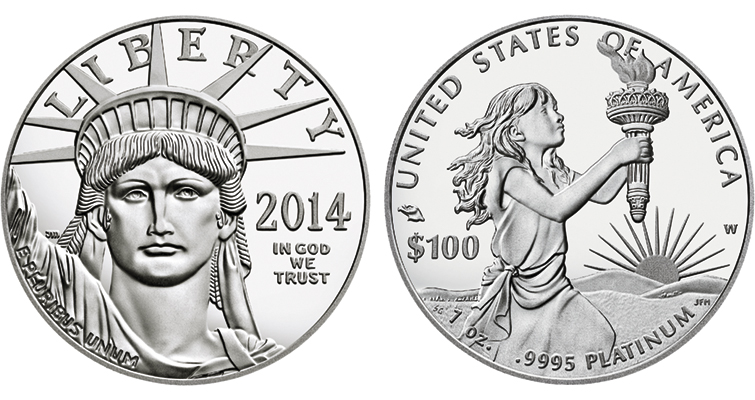 The following products are listed as "SOLD OUT" and no longer available for sale from the nation's coin producer. No additional product will be produced, according to Mint officials. Products are listed with catalog number, brief product descrption and, in parentheses, the latest sales figures recorded through Sept. 27, still subject to order reconciliation and auditing: 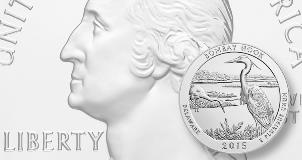 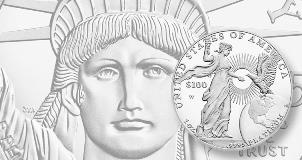 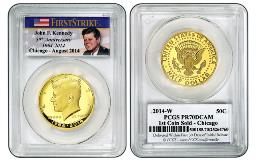