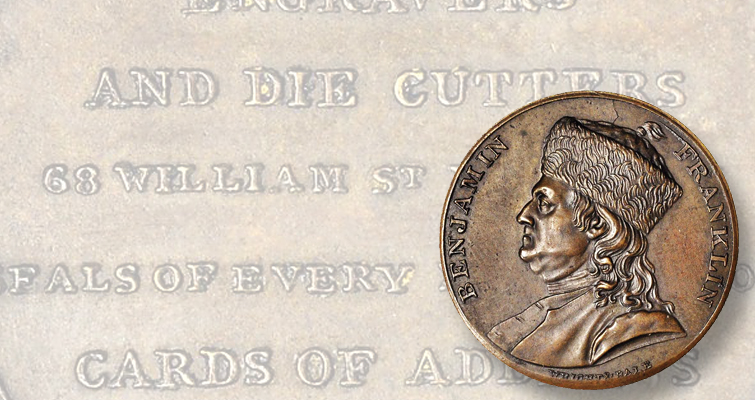 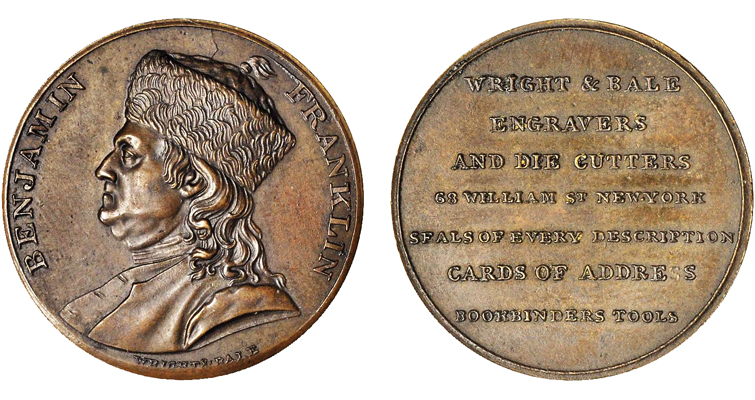 This undated (1829 to 1830) Hard Times token by the New York firm of engravers Wright & Bale features an impressive portrait of Benjamin Franklin. From the collection of hobby legend Q. David Bowers and graded AU-55, it sold for $16,450 at Stack’s Bowers’ June 21 auction at the Baltimore Expo.

An impressive portrait of Benjamin Franklin makes this undated (1829 to 1830) token issued by the firm of Wright & Bale a favorite with both Hard Times tokens and Frankliniania enthusiasts. Wright & Bale was a partnership between two engravers and the text on the reverse serves as a business card of sorts advertising their services. Wright was also a numismatist, interested in ancient coins, and as the catalog notes, “Given time and with modern Internet resources we will have to learn more about his participation in our hobby.”

Today Hard Times tokens are classified by HT numbers — based on Lyman H. Low’s 1899 reference to the series updated more recently by Russell Rulau across several editions of his book Hard Times Tokens. This HT-340A token, graded About Uncirculated 55 by the auctioneer, sold for $16,450. It was previously part of the collections of the Long Island Public Library and was deaccessioned. 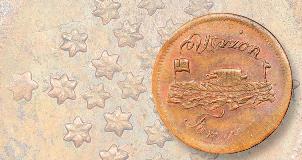 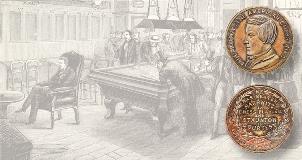 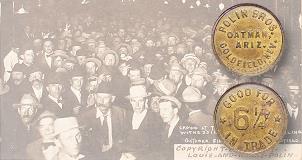