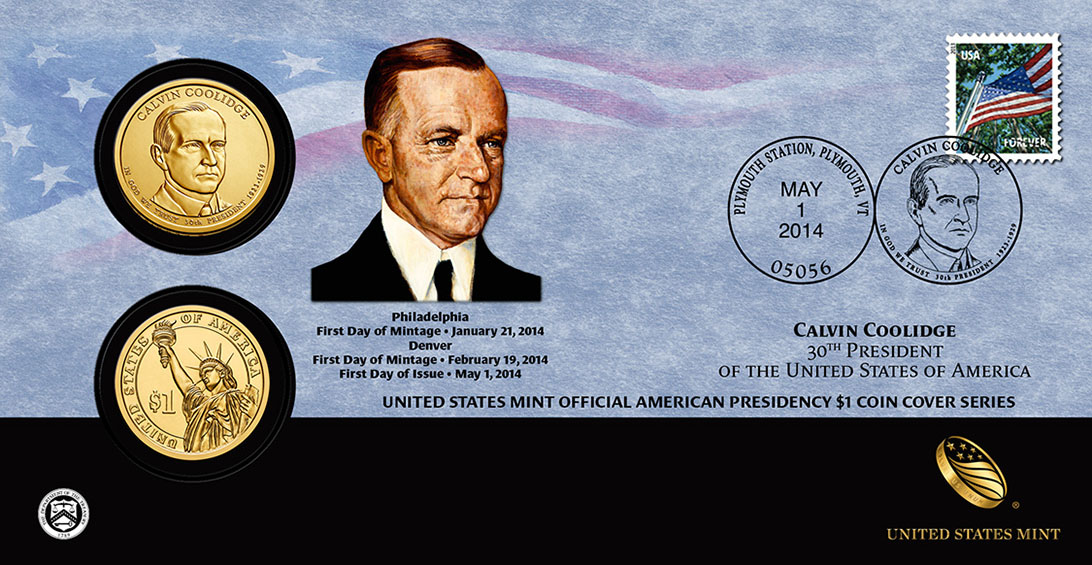 The quiet commander-in-chief who presided over much of our country’s longest party is front and center with the release of the latest presidential $1 coin cover from the U.S. Mint.

Calvin Coolidge, America’s 30th president, is featured on the obverse of the Uncirculated dollar coin that, mounted on a display card within an envelope featuring a “Flag for All Seasons” stamp, will go on sale May 1 at 12 p.m. ET, according to the Mint.

Presidential coin covers are priced at $19.95.

Coolidge served as president from 1923 to 1929, the bulk of the post-World War I and pre-Depression decade known as the Roaring Twenties. He took office after the death of Warren Harding in 1923 and was president during a period of economic boom known for its flappers, talkies and speakeasies.

Coolidge’s predecessor, Harding, and his two immediate successors, Herbert Hoover and Franklin Delano Roosevelt, are also being commemorated in 2014 with presidential dollar coins. Harding coin covers are already available. Hoover and Roosevelt covers have yet to be released.