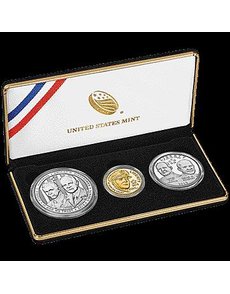 Certain U.S. Mint numismatic products are sold out, and others are repriced because of fluctuations in precious metals prices.

The 2013 5-Star Generals Three-Coin Proof set, offered for $522.20 beginning March 21, was limited to 10,000 sets. It contains Proof versions of the gold $5 half eagle, silver dollar and copper-nickel clad half dollar.

The individual coins in the program remain available.

The silver coin and sets were removed from sale April 15 for repricing.

U.S. Mint spokesman Michael White said May 3 that prices for many of the Mint’s 2013 silver products, including the Proof American Eagle, were set last December when silver was trading in a range between $30 and $35 per ounce.