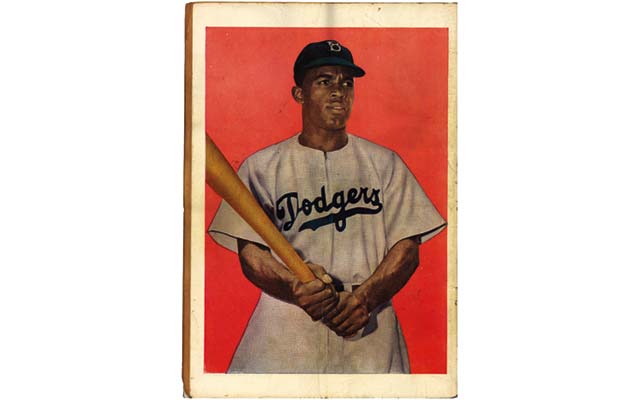 Images courtesy of the Library of Congress, Prints and Photographs Division. 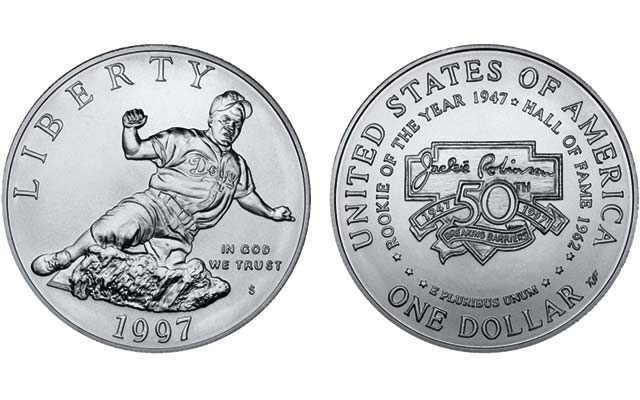 Robinson slides victoriously into home plate on the 1997 silver dollar that marks the 50th anniversary of his major league debut. 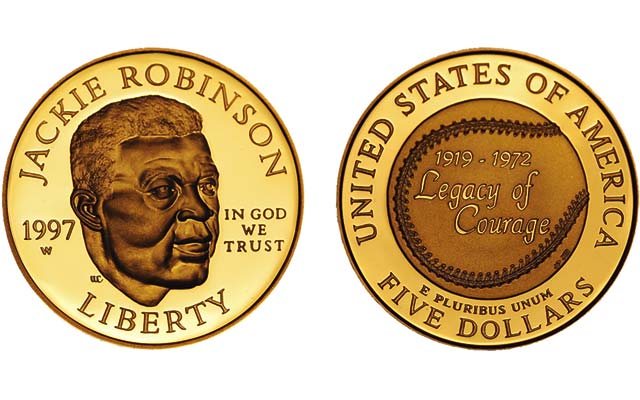 A gold $5 coin from 1997 recalls Robinson’s “Legacy of Courage.” The African-American famously endured racial taunts and segregation after he entered the major leagues.

Editor's note: The following is the 11th in a series of posts on the historical record that can be tracked through U.S. coins. The subject is the cover story of our July monthly issue.

A nation shaped by a worldwide war would soon usher in a new era in Civil Rights.

Jackie Robinson’s arrival in 1947 to the Brooklyn Dodgers, breaking the modern-day “color barrier” in Major League Baseball, reflects another national step toward equality for all.

Dodgers President and General Manager Branch Rickey selected Robinson not only because of his talent — Robinson was a college star before playing in the Negro Leagues — but also his character and courage.

Integration of baseball followed the integration of the American military, often credited as one reason the stadium gates finally opened to African-American players. Robinson’s play earned him the inaugural Rookie of the Year award, and by July 1959, the Boston Red Sox became the final MLB team awaiting the first African-American addition to its roster.

In 1997, to mark the 50th anniversary of Robinson’s groundbreaking arrival to Major League Baseball, MLB officially “retired” his jersey number, No. 42.

That same year, a two-coin program from the U.S. Mint honored Robinson.

A silver dollar shows Robinson sliding into home plate, dust flying, and the Jackie Robinson Foundation logo on the reverse.

A portrait of Robinson is found on the gold $5 coin’s obverse, with a baseball serving as a canvas on the reverse for 1919–1972 (the span of Robinson’s life) and the legend LEGACY OF COURAGE.