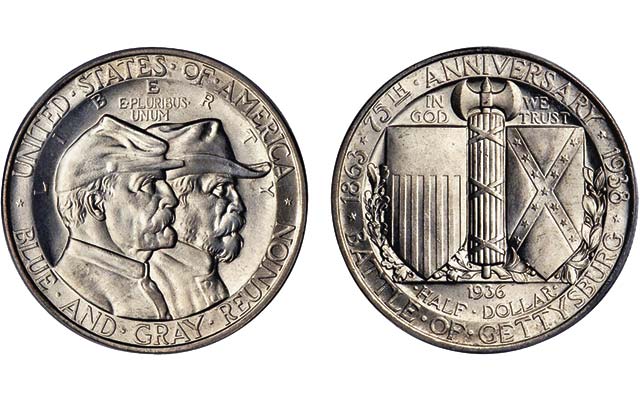 A coin dated 1936 that was authorized in 1937 celebrates an event in 1938, the Blue and Gray reunion. One soldier from each side graces the obverse of the coin. 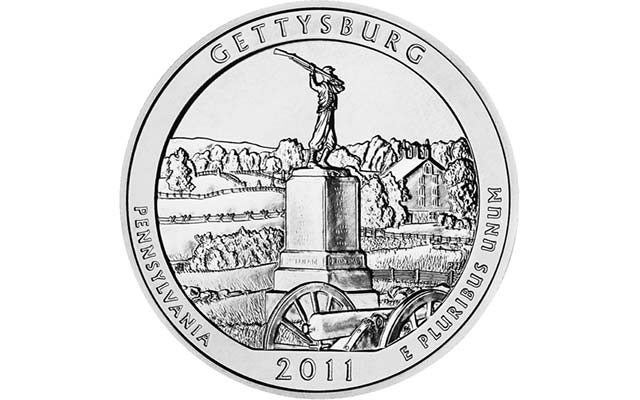 One of the many monuments to the fallen on the fields of Gettysburg appears on the reverse of a 2011 America the Beautiful 25-cent coin. 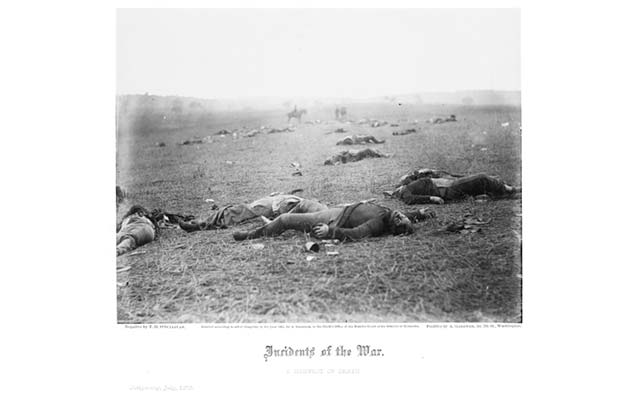 The Battle of Gettysburg in July 1863 was not the bloodiest battle of the America Civil War, but major casualties did result. More importantly, the Union victory swung momentum to the North.

Editor's note: The following is the seventh piece in a series of posts on the historical record that can be tracked through U.S. coins. The subject is the cover story of our July monthly issue.

Another war some 50 years later threatened the nation, but it was not contested against an external foe.

The American Civil War was the coalescence of decades of disagreement about the “peculiar institution” of slavery and the right to govern.

A series of compromises and checks on an imbalance of power between Northern and Southern states finally came to a head in 1860 when South Carolina seceded from the Union and, months later, when Confederate Brig. Gen. P.G.T. Beauregard and his troops fired the first shots at Fort Sumter against Union forces led by Maj. Robert Anderson.

The Civil War had begun. But what many thought would be a rapid, decisive war instead turned out to require much more sacrifice.

The pivotal battle in the war lit the hills and fields of rural Pennsylvania with smoke and fire and terror for three days.

Gen. Robert E. Lee’s Army of Northern Virginia was defeated by Gen. George Meade’s Army of the Potomac and the Confederate forces retreated; they never recovered.

Lee had been emboldened by his victory in Chancellorsville, Va., in May 1863, and hoped to solidify his seeming advantage in Gettysburg. He was unprepared for the ferocity and strength of the Union forces under Meade, newly named Army of the Potomac commander.

The battle was among the bloodiest of the war, with 51,000 casualties. It also provided the setting for President Lincoln’s famous consecration, the Gettysburg Address.

In 1936, a commemorative silver half dollar was authorized to mark the 75th anniversary of the battle. Though dated 1936, the coin was minted in 1937 for the Blue and Gray Reunion of July 1, 1938. The coin shows busts of a Union and Confederate soldier on the obverse, with a fasces separating Confederate and Union shields on the reverse.

In 2011 Gettysburg was again the subject of coinage, this time quarter dollars of several compositions and sizes in the America the Beautiful series.

Both circulating and collector versions of the standard quarter dollar in copper-nickel clad and 90 percent silver, and two 5-ounce .999 fine silver coins, share the design. The reverse shows the 72nd Pennsylvania Infantry Monument, located at the Union Army battle line on Cemetery Ridge.