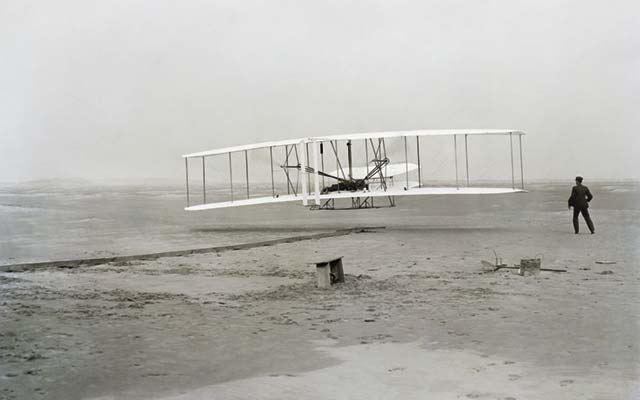 Orville Wright is at the controls and brother Wilbur remains on the ground, shown during their famous first flight in 1903, at Kill Devil Hills, N.C. 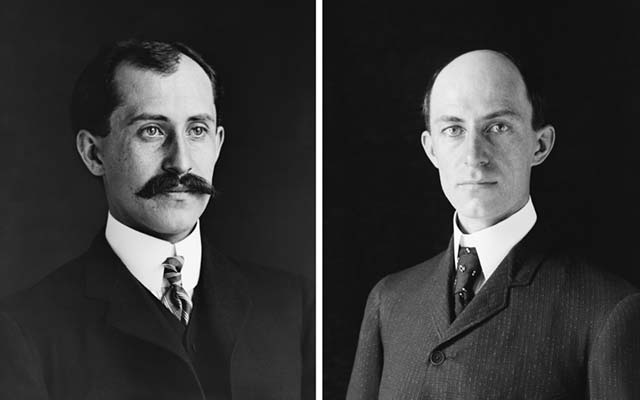 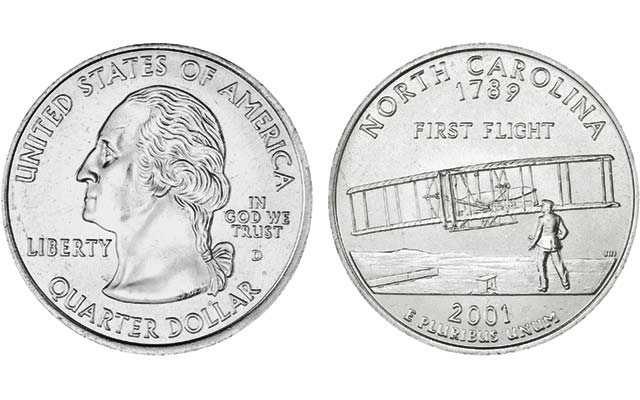 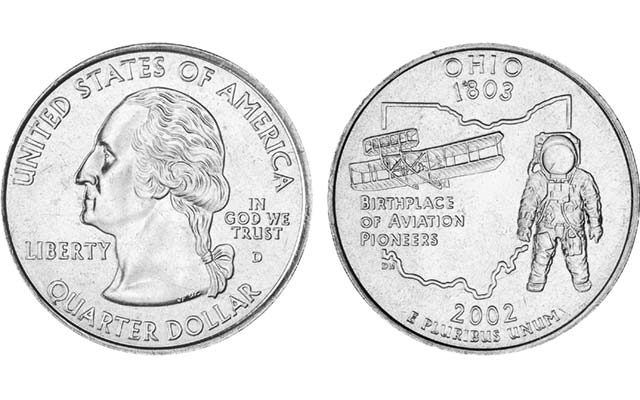 Ohio’s claim to the Wright brothers’ legacy appears on the 2002 State quarter dollar in a design that also celebrates the state’s status as birthplace of the first man to walk on the moon, Neil Armstrong. 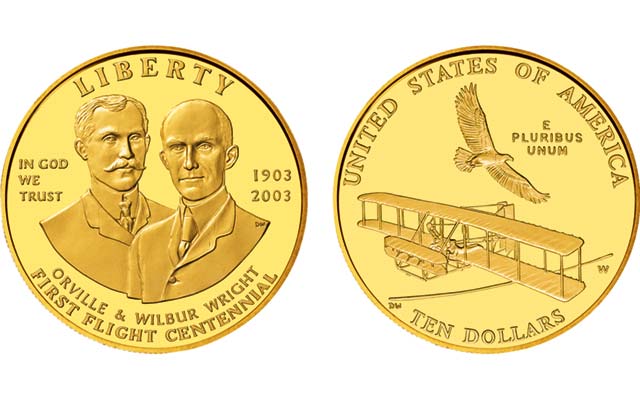 Three commemorative coins of 2003 mark the centennial of flight, including this gold $10 eagle.

Editor's note: The following is the ninth in a series of posts on the historical record that can be tracked through U.S. coins. The subject is the cover story of our July monthly issue.

Two bicycle mechanics from Dayton, Ohio, changed the world forever when they soared above the sand at Kill Devil Hills, N.C., to make the first powered, heavier-than-air flight on Dec. 17, 1903. The flight was only 120 feet, taking place over 12 seconds, at 10:35 a.m., but the event has been a point of contention between the two states ever since.

Witness the “dueling” State quarter dollars, issued by North Carolina in 2002 and Ohio in 2003. Both home in on the monumental breakthrough and each claims it as its own.

Orville Wright was at the controls of the Wright Flyer, lying prone on the lower wing with his hips in the cradle that operated the wing-warping mechanism. Wilbur Wright ran alongside to balance the machine, and just released his hold on the forward upright of the right wing in the photo. The starting rail, the wing-rest, a coil box, and other items needed for flight preparation are visible behind the machine.

The scene plays out on the North Carolina coin, which notes the FIRST FLIGHT and captures the 1903 Flyer in its first flight. Ohio’s quarter dollar broadens its historical reach by featuring local legend Neal Armstrong along with the 1905 Wright Flyer. The Ohio coin’s legend is BIRTHPLACE OF AVIATION PIONEERS.

In 2003, a three-coin commemorative program celebrated the famous 1903 feat, and the reverse of each of these highlight the machine that made it happen. The silver dollar and gold $10 eagle each show the brothers on the obverse, while the copper-nickel clad 50-cent coin features the monument in North Carolina honoring the flight.