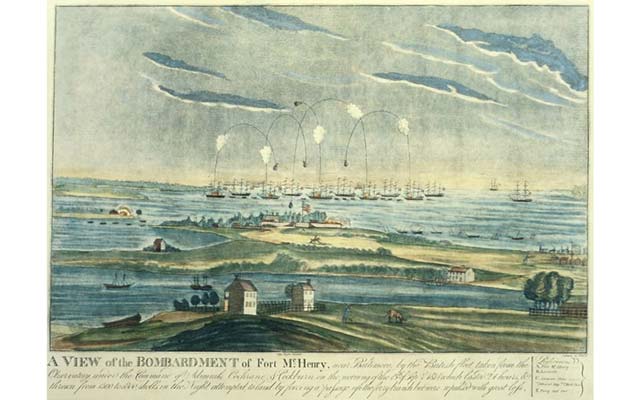 British bombs rained down on Fort McHenry, in Baltimore, during the War of 1812. 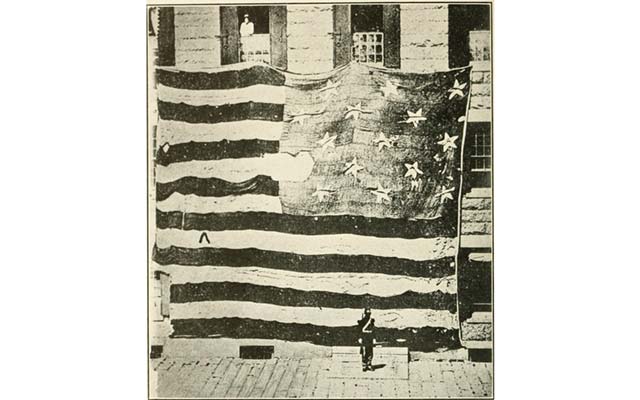 When the bombing had ended, and the light of day broke, an enormous American flag was still flying above Fort McHenry, the inspiration for Francis Scott Key’s Star-Spangled Banner. 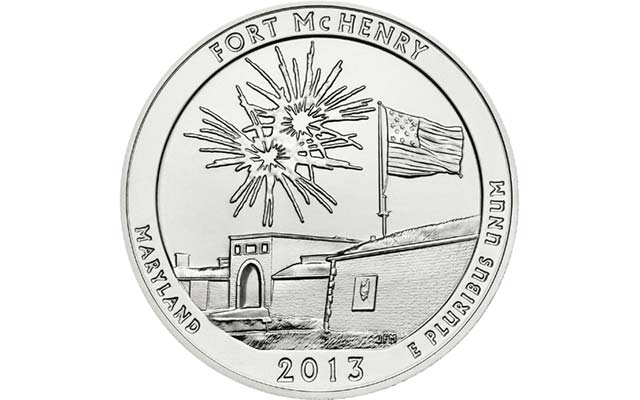 A 2013 America the Beautiful quarter dollar coin highlights the fireworks celebration that recalls surviving those bombs bursting in air. 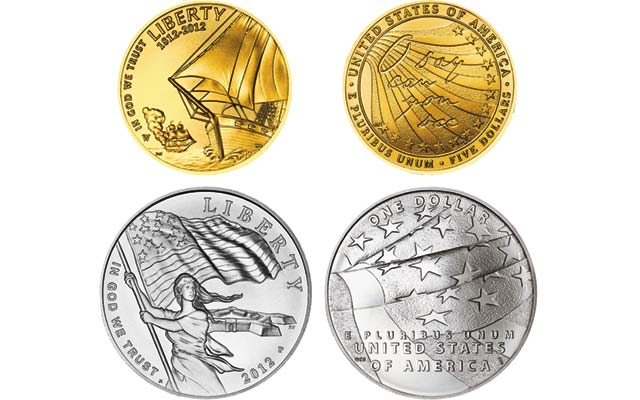 Two commemorative coins in 2012 celebrate development of the national anthem along with the battle and site that inspired it.

Editor's note: The following is the sixth in a series of posts on the historical record that can be tracked through U.S. coins. The subject is the cover story of our July monthly issue.

The young nation was soon tested, facing the British again in the War of 1812, which cemented America’s position on the North American map.

The United States was moved to declare war because of naval issues (British vessels were commandeering U.S. sailors, forcing or impressing them into service), and trade concerns (a British blockade halted trade between the United States and the French).

The most iconic result of the war was a poem that would be the basis for a song that would become America’s national anthem, the Star-Spangled Banner.

Written by Francis Scott Key after he saw the American flag still flying after a victory against the British at Fort McHenry, the poem was set to a British song then also popular in the United States, “To Anacreon in Heaven.”

Congress made the Star-Spangled Banner the official national anthem in 1931, but it had been performed (along with a handful of other songs) in patriotic celebrations for many years prior.

In 2013, the Fort McHenry National Monument and Historic Shrine was featured on a quarter dollar in the America the Beautiful series from the U.S. Mint.

The reverse design represents the site during the “Defenders Day” celebration, considered the centerpiece annual event held at Fort McHenry. The annual fireworks symbolize the “rocket’s red glare,” linking the fort to its historic past.

The bicentennial of the Star-Spangled Banner flag in 2012 was commemorated with a silver dollar and gold $5 coin.

The obverse of the gold coin depicts a naval battle scene from the War of 1812, with an American sailing ship in the foreground and a damaged and fleeing British ship in the background.

The obverse of the silver dollar depicts Lady Liberty waving the 15-star, 15-stripe Star-Spangled Banner flag with Fort McHenry in the background.