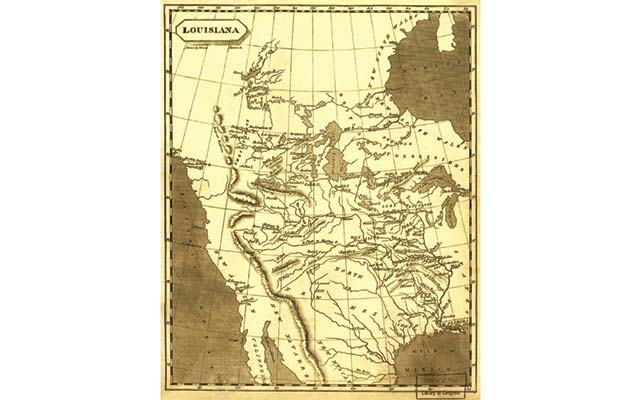 Samuel Lewis’ 1804 map of Louisiana was created after the Louisiana Purchase but before explorers Lewis and Clark traversed the new American lands.

Images courtesy of the Library of Congress. 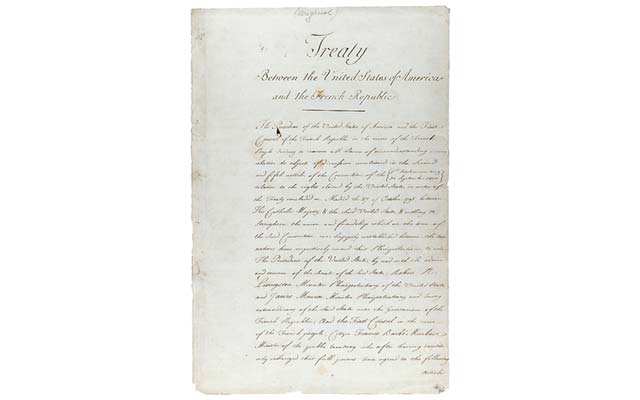 President Thomas Jefferson’s Louisiana Purchase enabled the country to more than double its size. The original treaty between America and France shown here is housed by the National Archives and Records Administration.

Images courtesy of the National Archives and Records Administration. 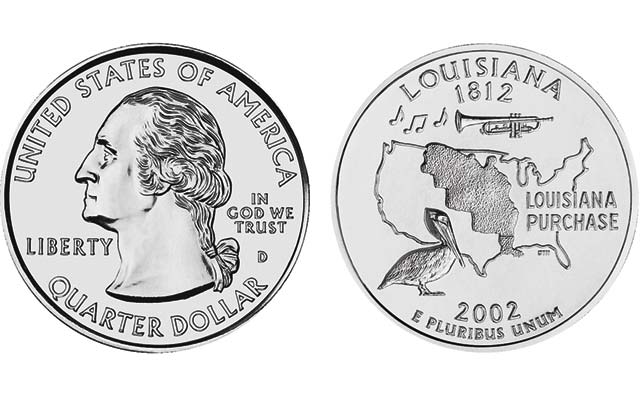 The 2002 Louisiana quarter dollar reminds users of the coin how much the purchase contributed to the growth of the United States. 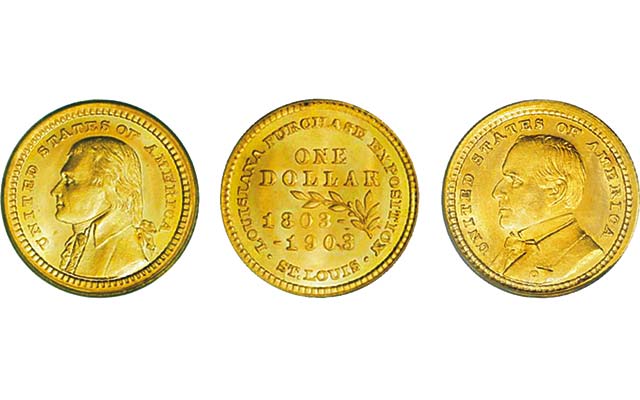 Editor's note: The following is the fourth in a series of posts on the historical record that can be tracked through U.S. coins. The subject is the cover story of our July monthly issue.

In the years after independence, the young nation faced numerous challenges, not least of which was grappling with its growth.

In 1803, the United States sought to obtain New Orleans, the port city a critical juncture if the states west of the Appalachians were to prosper. Instead, Napoleon offered the whole Louisiana Territory, and President Thomas Jefferson agreed to the deal, more than doubling the size of the nation with the Louisiana Purchase.

The event obviously helped define the future growth of the nation and gave rise to the Manifest Destiny mindset that governed the nation in the 19th century.

In 2002, the Louisiana quarter dollar highlighted the historic purchase, in one of many hodgepodge designs — a pelican, trumpet and map crowd the reverse design — that afflicted the State quarters program.

Nearly a century earlier, a pair of gold dollars (the first commemorative gold coins) were issued to celebrate the Louisiana Purchase centennial and an exposition created to mark the anniversary. One of the coins shows Jefferson and the other honors the then-recently deceased President William McKinley.