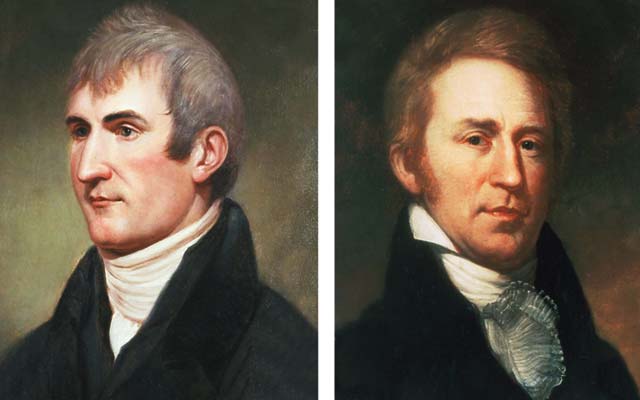 Charles Wilson Peale's paintings of Meriwether Lewis and William Clark show the famed explorers in their most iconic image. 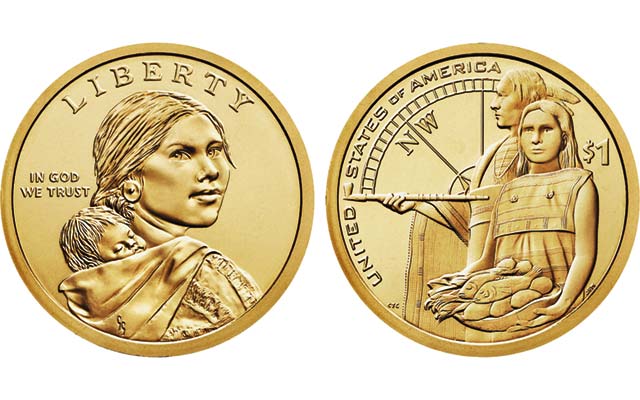 A 2014 Native American dollar specifically honors the contributions of Sacagawea and other native Americans to the success of Lewis & Clark’s Corps of Discovery expedition. 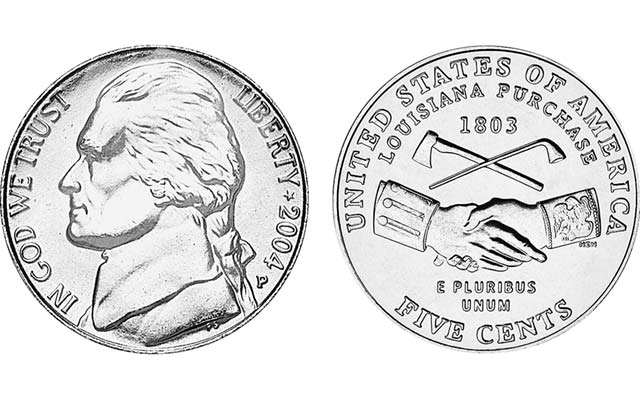 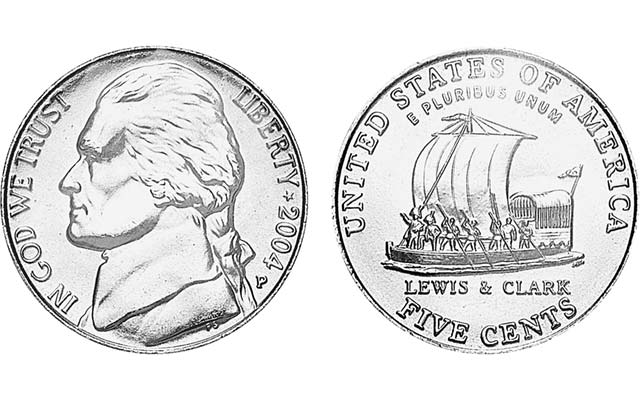 The other 2004 Westward Journey 5-cent coin shows the explorers Lewis and Clark while sailing. 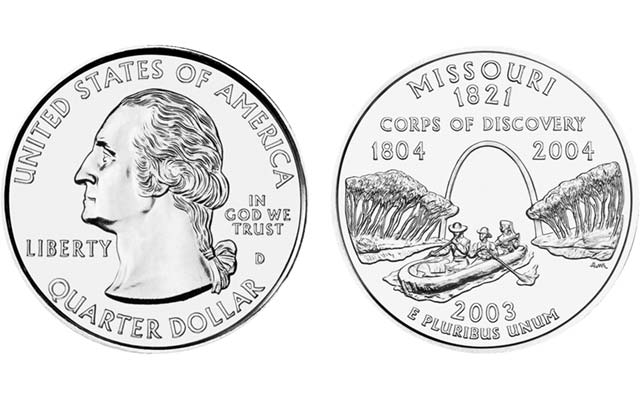 Lewis and Clark are said to be represented among the three figures shown aboard the pirogue on the reverse of Missouri’s 2003 State quarter dollar. The Gateway Arch, completed in the 1960s, recalls the group’s departure to points west.

Editor's note: The following is the fifth in a series of posts on the historical record that can be tracked through U.S. coins. The subject is the cover story of our July monthly issue.

The Louisiana Purchase is only half of the story regarding American expansion in the early 19th century. The purchase paved the way for the Lewis and Clark Expedition to map and record the landscape, its contents and inhabitants.

Among several obvious choices marking this event, a very modern coin might be easily overlooked.

The 2014 Native American dollar coin — from the annual series pairing native guide Sacagawea on the obverse with reverses reflecting changing themes — is doubly eligible, since its reverse is related, reflecting the native hospitality that helped ensure the success of the Lewis and Clark Expedition.

Meriwether Lewis and William Clark have long been honored for their part in history, but Sacagawea’s crucial contributions to the expedition were overlooked for many years (something that has changed in recent years). Dollar coins in general, and the Sacagawea coins in particular, do not circulate to any great extent, so the public and even some collectors have missed this chance to celebrate her.

The obverse carries the standard design of the young Native American woman with her baby. The reverse shows a Native American man offering a pipe while his wife offers provisions of fish, corn, roots and gourds. In the background, a stylized image of the face of Clark’s compass highlights “NW,” the Pacific Northwest where the trip concluded.

Other options include the 2003 Missouri quarter dollar, which shows the Corps of Discovery pirogue on the Missouri River, Lewis, Clark and York (a slave). In 2004, to mark the bicentennial of the purchase and expedition, the U.S. Mint began the two-year Westward Journey 5-cent coin series — four Jefferson 5-cent coins having designs related to the theme.

The famous Indian Peace Medal design on one of the 5-cent coins is also found on a final coin for consideration in the Lewis and Clark theme, the 2004 silver dollar marking the expedition bicentennial.