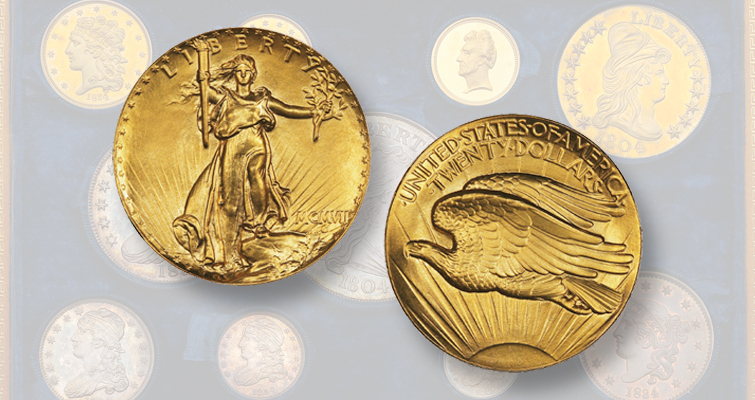 U.S. Type Coins of the Tyrant Collection will be exhibited at the Long Beach Expo Feb. 17 to 19. One of the standout coins in the collection is this Proof 1907 Saint-Gaudens, Ultra High Relief double eagle once owned by Augustus Saint-Gaudens.

More than 400 U.S. coins from the Tyrant Collection will be displayed at the Long Beach Coin, Currency, Stamp & Sports Collectible Expo, in California, from Feb. 17 to 19.

The exhibit, titled “U.S. Type Coins from the Tyrant Collection,” comprises coins dating from the late 18th to mid-20th centuries, including a number of rarities, from the Proof 1907 Saint-Gaudens, Ultra High Relief double eagle from Augustus Saint-Gaudens’ estate, to the 1836 King of Siam set, described as the centerpiece of the exhibit, in a press release distributed by Donn Pearlman & Associates Public Relations on behalf of the Tyrant Collection and in cooperation with the Long Beach Expo.

An anonymous collector began assembling The Tyrant Collection about 20 years ago. John Dannreuther, a numismatic writer and researcher who serves as consultant for the U.S. section of the collection, described its scope: “He collects the major varieties of every United States type coin, both MS and PR. Originally, he bought one example of each, as he decided that untoned examples would be easier to see for the design and their beauty, but started a toned type set, as originally toned coins are appreciated by many collectors, too.

“The set has taken over 15 years to complete and there are only a few types missing (Proofs, as all the MS types are complete). There are some issues that only a single example has been obtained, as some of the rare issues are not often offered for sale.” Coins have been added to the collections since the World’s Fair of Money, Ira Goldberg, CEO of Goldberg Coins and Collectibles, Inc., shared in a phone interview. “I think he bought some improvements,” Goldberg said. He also emphasized that the collector is still adding to the collection, which will continue to grow.

The Tyrant Collection’s website for the U.S. Type Set says “The goal of this exhibit, featuring United States Type Coins, is to focus on the beauty, artistry, patriotism and history of America’s coinage. When touring the exhibit, one should recognize how crude our nation’s first mint actually was.” More than 400 coins dated 1793 to 1964, representing Proof, circulation strike, toned, and untoned examples of all major U.S. types and sub-types, are in the collection; dozens of the coins are the finest-known examples, according to the collection’s website.

Goldberg was interviewed about the Tyrant Collection on Episode 10 of the Coin World Podcast, published June 3, 2019.

Collectors unable to attend the expo can view the set online at https://thetyrantcollection.com/u-s-type-coins-from-the-tyrant-collection/. 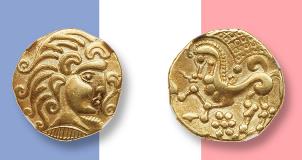 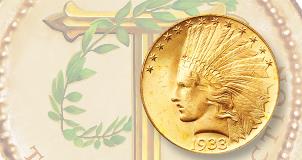 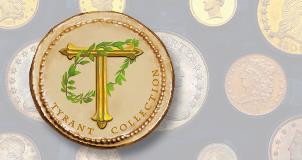