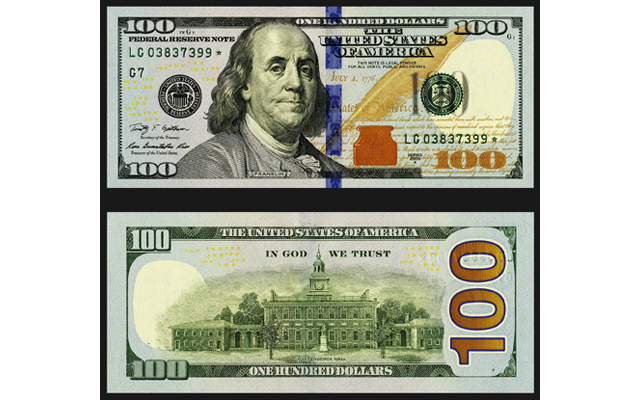 Two Florida men are in police custody accused of producing $200,000 in fake $100 Federal Reserve notes, according to an article published in the Oct. 8, 2014, issue of the Tampa Bay Times.

Michael Scott Miller, 28, and Nicolas Secor, 20, both of Clearwater, Fla., have been charged with counterfeiting and fraud.

The men are accused of using the fake notes to buy prepaid debit cards from Clearwater area businesses.

Clearwater Police Det. Rob Lazzaro was quoted in the article as saying the suspects “would print the colored background on each side of the bills and then they would do specific parts of the bill, like the face or security imprints. Each bill had to be sent through several printers.”

The copper bell at the bottom of the face side of the note was drawn with glitter pens, according to the newspaper article.

For ways to identify genuine Federal Reserve notes, visit the Bureau of Engraving and Printing’s website,  and click on the U.S. Currency button at the top of the column on the left side of the homepage and then select New Money.