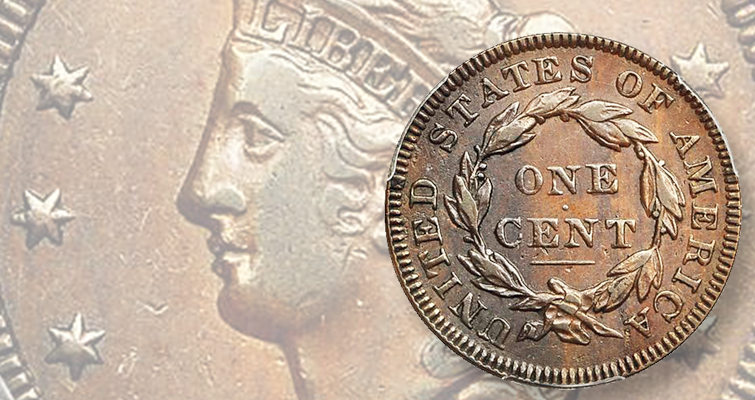 This 1835 Coronet cent is among the finest known of its Newcomb 11 variety and Die State B/B, and sold for $3,525 as part of the third offering of the Twin Leaf Collection. 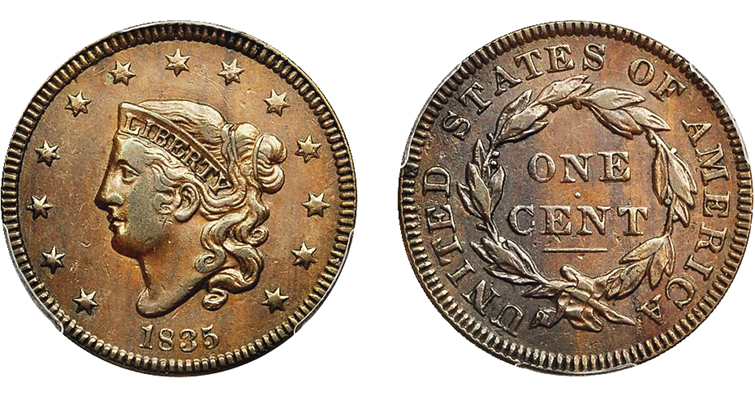 A closer look at both sides of the 1835 Coronet cent that is among the finest known of its Newcomb 11 variety and Die State B/B. It sold for $3,525 as part of the Twin Leaf Collection.

The November offering of 233 lots consisted of the collector’s duplicates, but there were many notable coins even in these extras. Here is one of three we're profiling in this week's Market Analysis.

As the auction’s introduction notes, early American copper collectors are passionate, and among all series, “large cents in particular are frequently studied in great detail by their most serious audience.”

Middle Date Coronet cent: John D. Wright, cataloger extraordinarie of the large cents of 1816 to 1839, writes that the Middle Dates offer "more bang-for-the-buck than the ones either before (too many bucks) or after (not enough bang)." How much are Coronet cents worth?

A Professional Coin Grading Service Extremely Fine 40 1835 Coronet cent of the Small 8, Small Stars variety, Newcomb 11, brought $3,525. It is listed in the condition census for the variety, meaning that it is among the finest known examples, though bested by a finer example that was offered in the first auction of The Twin Leaf Collection.

A crack through the bases of the 1835 in the date can be seen between the 3 and 5, helping identify the Die State B/B (as recorded by Bill Noyes). The surfaces are described as “Attractive light olive brown with faint striations on the obverse and more intense ones on the reverse. Smooth and glossy with very few marks of any consequence.” 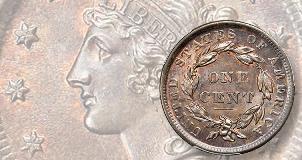 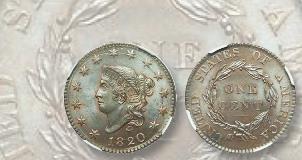 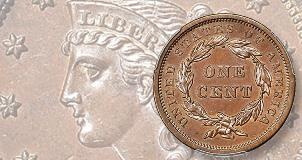