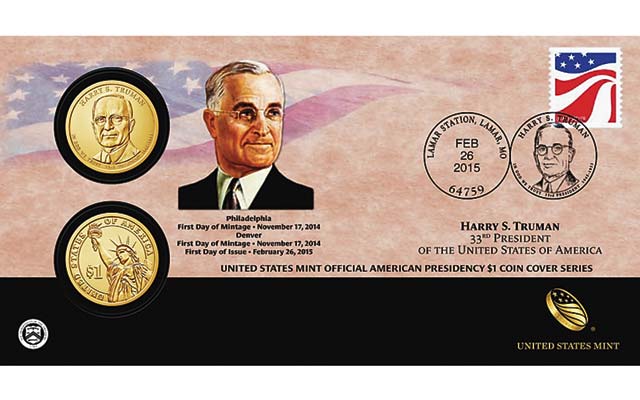 The 2014 Harry S. Truman Presidential $1 Coin Cover includes circulation-quality coins struck during the first day of production at the Denver and Philadelphia Mints.

The following information was provided through a press release from the United States Mint:

The cover also features a portrait of President Truman and the postmark of Feb. 26, 2015, Lamar, MO, which marks the day the Harry S. Truman $1 Coin Cover was issued by the United States Mint. Only 15,000 units will be produced.

The United States Mint American Presidency $1 Coin Covers are also available for purchase through the bureau's Product Enrollment Program. To learn more about this ordering method, please review the FAQs at the Mint's website.