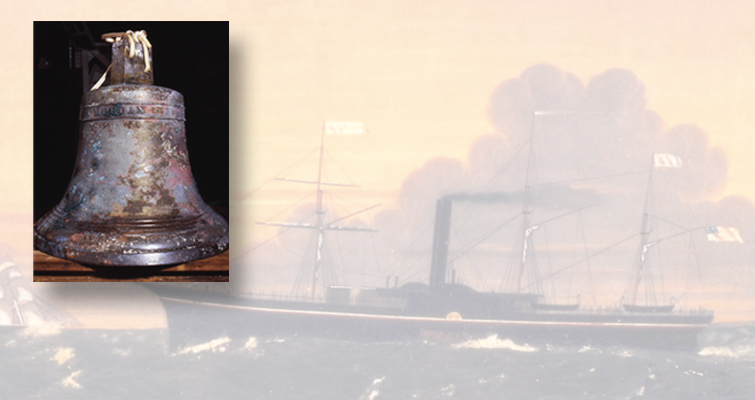 Recovered in 1988 and not publicly displayed for nearly 30 years, the 268-pound bell from the fabled “Ship of Gold” treasure ship, the SS “Central America,” will be exhibited at the 2021 ANA World’s Fair of Money.

Visitors to the 2021 America Numismatic Association World’s Fair of Money in suburban Chicago on Aug. 10 through 14 will have the opportunity to see and hear the 268-pound bell from the fabled “Ship of Gold,” the SS Central America that sank in 1857.

The bell that helped to confirm the identity of the historic vessel was brought up from the Atlantic Ocean in 1988 and has not been exhibited in public for three decades.

“The SS Central America represents the greatest American treasure ever found and its story is important to our history. This priceless treasure will be rung twice each day at booth #122 during the ANA convention in remembrance of the 425 passengers and crewmembers who perished when the legendary ship sank 164 years ago,” said Dwight Manley, managing partner of California Gold Marketing Group, which owns the bell and recovered sunken treasure.

The ringing of the bell ceremony will be conducted daily 30 minutes after the show opens to the public and again at 3 p.m.

“The treasures of the SS Central America are a time capsule of the California Gold Rush, and the sound of the bell draws you into the time-capsule in a different way. This is what the passengers and crew heard on their journey. It’s spooky, and it’s reverent; an absolutely glorious tribute,” said Bob Evans, a scientist and historian who was a key member on each of the recovery expeditions starting in the late 1980s.

The ship’s bell has been publicly exhibited only twice before, both times in Ohio. It has been in secure storage for nearly three decades, kept in approximately 90 gallons of distilled water weighing about 750 pounds in addition to the bell’s 278 pounds.

The discovery of the bell in 1988 provided additional evidence that the shipwreck site was indeed the SS Central America. When the submerged bell came into view on the camera of the robot submarine being used to search for the ship, the expedition team could see part of the embossed lettering on it, MORGAN IRON WORKS NEW YORK 1853.

“A few days before we recovered the bell, I actually found gold dust particles in sediment from the site. So, the shipwreck identity was already pretty solid. But the bell provided spectacular confirmation,” Evans stated.

“This bell is nearly two feet tall and a little over two feet in diameter at the lower flange edge. It is larger than any other ship bells I have seen, larger than bells seen in photographs taken aboard other vessels of the period. I wonder if Morgan Iron Works had intended this for a church, and then decided to use it for a steamship for which they were making the engines?” Evans said.

The American Numismatic Association World’s Fair of Money will be in Hall A of the Donald E. Stephens Convention Center, 5555 N. River Road, in the Chicago suburb of Rosemont, Illinois. Additional information about the convention can be found at www.WorldsFairofMoney.com. 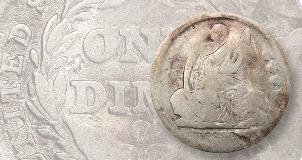 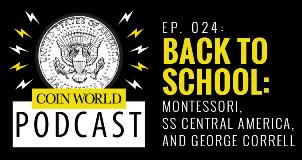 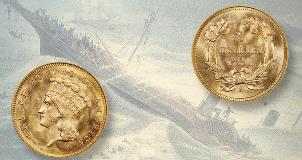