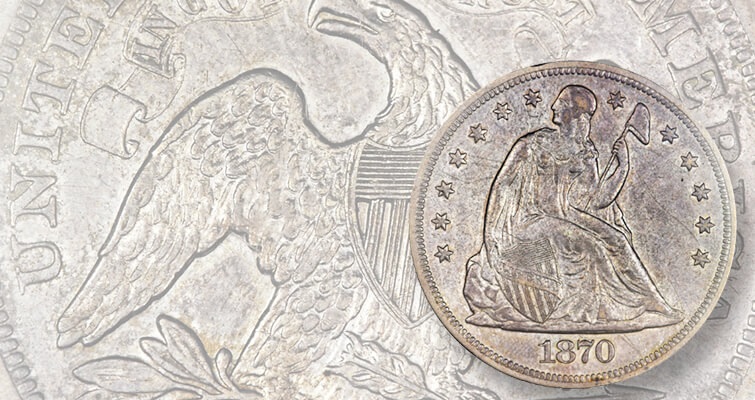 The Story:
The collections of Eugene H. Gardner were offered at four Heritage auctions in New York City in 2014 and 2015. Considered one of the finest collections of silver coins ever put together, it was especially strong in the Seated Liberty and Barber series.

One of Gardner’s highlights was an 1870-S Seated Liberty dollar graded Extremely Fine 40 by PCGS that sold for just over half a million dollars at Heritage’s Gardner III auction on May 12, 2015.

Just nine examples of the 1870-S dollar are known today, making it rarer than the 1804 Draped Bust dollar. While the exact reason behind its production is unknown, researchers speculate that the issue may have been struck to serve as a memento of the new San Francisco Mint building, since all but one example is well-circulated.