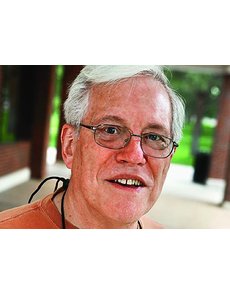 The award is the American Numismatic Association’s most prestigious award and is given in recognition of numerous years of outstanding, dedicated service to numismatics.

Schenkman will be presented with the award during the ANA World’s Fair of Money banquet Aug. 16 at the Hyatt Regency O’Hare in Rosemont, Ill.

Schenkman, of Maryland, has a lengthy history of sharing what he’s learned over the years in the form of books and articles for various club journals. He had a stint as a Coin World columnist in the 1980s and 1990s.

He said he started collecting as family members gave him various U.S. coins. But all that changed one day.

“After getting out of the Navy in 1960 I was working part time for a coin dealer. One day he gave me some Indian cents to package for sale, and there were a few Civil War tokens in the group,” Schenkman said. “The store owner, seeing how fascinated I was with them, gave them to me and suddenly U.S. coins seemed boring.”

So what is it about tokens that so captured his imagination that he is still as interested today as the first time he studied that first piece?

“I think the ‘unknown’ factor is part of it. Tokens often ask more questions than they answer, so it isn’t simply a matter of buying one and moving on to the next,” Schenkman said.

“There’s always something more to learn. And, there are so many types of tokens to collect. I’m continuously branching out to something new.”

The greatest influence in Schenkman’s collecting and researching path was an encounter with a coin dealer in Norfolk, Va., who “impressed on me the importance of studying the aesthetics of a coin, rather than just its technical condition.”

“This was decades before grading services, but his advice still holds true today,” Schenkman said. “Too often it seems that collectors are reading the holder rather than studying the coin inside it.”

Schenkman has shared his knowledge of tokens with collectors since his first article was published in the early 1960s. Each of his eight books is considered a standard reference, including Virginia Tokens; Merchant Tokens of Washington, D.C.; Maryland Merchant Tokens; and West Virginia Merchant Tokens.

He has been a columnist and contributing editor for The Numismatist for many years, and he received an ANA Heath Literary Award in 1994.

“I got absorbed in numismatics at a young age, and I’m still very absorbed today,” Schenkman said. “It’s like I tell people when I teach classes: It’s not having something, it’s finding it. No matter what a numismatist collects, there’s always a goal. And once that goal is reached, you need another goal.”

He edited the Token and Medal Society publications for 27 years and the Civil War Token Society journal for five years, and he served as president of both clubs. Schenkman also is a member of the American Vecturist Association, National Scrip Collectors Association and Numismatic Literary Guild.

In addition to teaching ANA Summer Seminar students about U.S. tokens and Civil War-era numismatics for 18 years, Schenkman has presented many talks at ANA conventions.

He has also prepared competitive exhibits at state, regional and national shows, taking home a number of awards including the ANA Lifetime Achievement Award in 2012. He also received the ANA Glenn Smedley Memorial Award in 2003 and Medal of Merit in 2007.

Schenkman is currently working on two books. One is on coal-mining and mining-related paper money.

“You can’t learn it all, you can’t know it all. There are always new collector paths to go down,” Schenkman said. “I’ve collected a lot of different things. There’s just no end to the way you can approach numismatics.”

It’s no secret to anyone who’s talked with Schenkman that he’s been in love with bluegrass music and the banjo for a very long time.

He enjoys that music field so much that he founded the Turtle Hill Banjo Company selling new and vintage banjos.

What’s the story behind the name of his company?

He says about 30 years ago he and his wife, Joanne, bought a 12-acre lot, and had a house built.

“There was a long hill in the driveway, and frequently we’d see a turtle crossing it,” he said, crediting his wife for the name.

A profile about Schenkman is published in the August issue of the ANA’s The Numismatist journal.