Times of transition in hobby in the 1960s 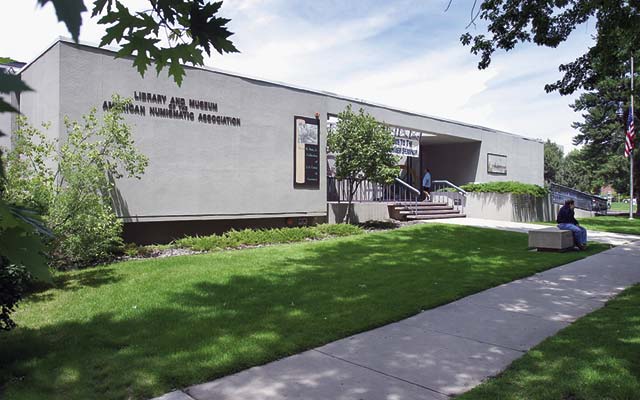 I continue my reminiscences of Margo Russell, editor of Coin World from 1961 to 1985, who passed away in January. She was front row center in reporting many controversies. A major brouhaha involved the American Numismatic Association versus the Professional Numismatists Guild.

An ANA governor called dealers “a necessary evil.” Margo saw the PNG as beneficial, but also realized there were two sides to the story.

For the ANA the years of the mid-1960s were a time of transition. From its founding in 1891 up to the 1960s it had no permanent home. By 1964, Lewis M. Reagan, the general secretary, “carried the ANA in his briefcase,” it was said. In 1964 the board of governors determined to establish a headquarters. In spring 1965 Charles Johnson, chairman of the Site Selection Committee for the Home and Headquarters project, reported that one or more of the three on the committee had visited most of the 16 locations that had submitted bids.

ANA Board members were asked to express their preference from among the top four rated sites.

Omaha, Neb., was selected as the preferred site, with Colorado Springs, Colo.; Oklahoma City, Okla.; and Kansas City, Mo., following in that order. Omaha’s offer, when it was investigated, fell short of the space needed. Colorado Springs was chosen.

In the meantime, the board of governors and the PNG continually scrapped. Margo tried to make peace while reporting hurt feelings and heated arguments.

The PNG tried to endear itself to the ANA by announcing a fund-raising campaign for the ANA headquarters. More was raised by this campaign than from any other source, and by far! Abe Kosoff, who led the project for the PNG, commented: “Particularly warming is the recognition of the dealers’ responsibility to the ANA. None of us would have attained the high level of prominence we enjoy today if the ANA did not exist. The establishment of a permanent home will provide an anchor of stability and will enhance the further growth of the Association to the ultimate benefit of all numismatists, professional and amateur alike.”

Finally, both organizations worked in tandem. Today in 2015 all of this is history. In doing these articles about Margo it has been interesting to go back through old files and remember yesterday.