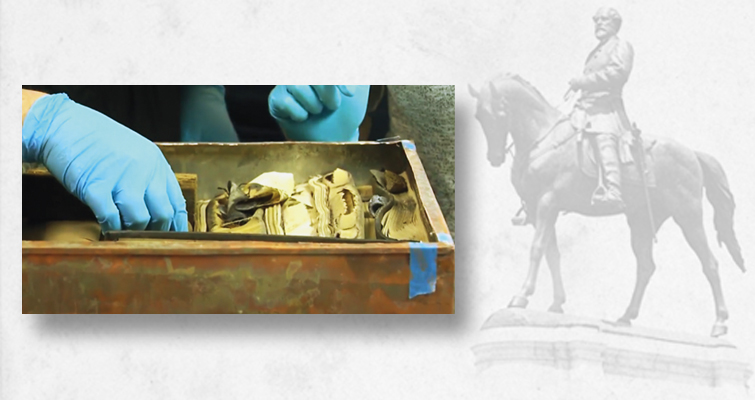 The Robert E. Lee Monument in Richmond, Virginia, that supported a bronze statue of the Confederate general on horseback contained not one, but two separate cornerstone boxes.

Earlier this year, Virginia Gov. Ralph Northam ordered the statue’s removal for storage in a safe location. Afterward, more recently, while the stone pedestal and base were being dismantled, the two cornerstone boxes were revealed, an unofficial one first, with puzzling content, and then the official one with the expected content as recorded at the time of placement.

The state land on which the Lee monument stood is to be transferred to the city of Richmond.

The monument, dedicated in 1890, was long considered by many to be a symbol of racial injustice in the former capital of the Confederate States of America.

The cornerstone box first located was discovered Dec. 17 in the monument’s pedestal, below the Lee statue, and it was opened several days later by state historical conservators. A lead box, it held an 1875 almanac, several books and a single silver British coin. Its location and contents indicated that it was not the official one.

During the dismantling of the monument, Virginia state officials had expected to recover a copper box containing an extensive list of memorabilia, including a large number of coins. That box was located and removed from the cornerstone Dec. 27, with state officials opening the capsule on Dec. 28.

Key among the list of items anticipated to be found was a “picture” of slain President Abraham Lincoln lying in his coffin. The picture was contributed by a Miss Pattie Leake. However, what was found was a printed engraved image from an 1865 issue of Harper’s Weekly.

Julie Langan, director of the Virginia Department of Historic Resources and the state’s historic preservation officer, told Coin World the morning of Dec. 28 she was interested in seeing how close the contents to be removed from the copper box would match the list of items reported to have been placed inside.

Items removed were documented and are being carefully conserved to preserve their integrity.

According to that 1887 Washington Evening Star, “the corner stone is about 4 feet across and 2 feet deep, and the cap that covers it is about 1-1/2 feet deep. It will, when put in place, be about 2 feet above ground.” The copper box, when located, was at ground level, sitting in water, and saturated.

Numismatic researcher Roger G. Burdette provided Coin World with a list of the items purported to be in the time capsule and who contributed the items. Records from the Library of Virginia suggest that 37 Richmond residents, organizations and businesses contributed about 60 objects to the copper capsule, and many of the pieces relate to the Confederacy 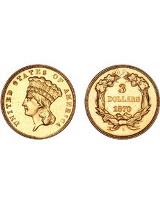 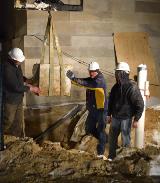 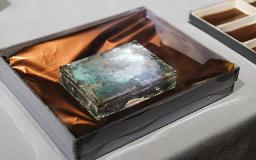