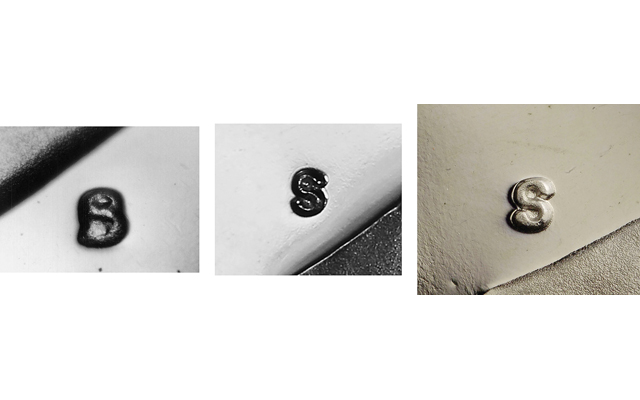 I recently debated with a colleague about the worst Mint mark ever to appear on a U.S. coin. In mixed company, this conversation would no doubt cause some to glaze over into a stupor. Among us numismatically minded folks, it proved fertile ground.

One frontrunner was the S Mint mark used on Proof coinage introduced in 1974. Its fitting nickname is the “blob S,” but it is also known as the “filled S.”

The best way to describe it is as a vague S-like squiggle emerging from a rectangular base. It was terrible from the very start, but its scant detail degraded quickly. Likely for aesthetic reasons, it was ushered out of use midway into 1979.

Interestingly, replacing it appears to have been no simple feat. During the following years, the Mint tinkered tirelessly on its S Mint mark. In 1979, the Mint introduced a sans-serif, clear S with a rounded profile. It lasted for less than three years.

Some speculate that puncheon was failing, as the ends of the S often touch the center stroke. Replacing this Mint mark partway into 1981 was a yet clearer version. This S had slightly bulbous ends and a flat profile. While clear, it is certainly not a pretty S. It lasted only until the end of the year and was replaced in 1982 with a very different, classically shaped, serif S.

For collectors, these frequent changes from 1979 to 1981 take on special significance because they overlap exactly with the three years that Proof Anthony dollars were struck at the San Francisco Mint. During both transitional years, 1979 and 1981, versions of the Proof coin can be found with two different style Mint marks.

No official mintage figures are given for each version, but collectors do take note of their relative rarity, and they command very different prices.

The 1979-S Filled S or Type 1 — as it was issued first — accounts for the vast majority of the 3.7 million Proof dollars produced. Certified examples grading Proof 69 Ultra Cameo trade for about $20.

The 1979-S Anthony dollar with Clear S or Type 2 accounts for an estimated 450,000 examples of the original mintage. Certified examples grading Proof 69 Ultra Cameo trade for as much as $100.

The new style 1981-S Anthony, Type 2 dollar is considered the key to the series, accounting for an estimated 350,000 of the 4 million minted. Certified examples grading Proof 69 Ultra Cameo are valued at $175.