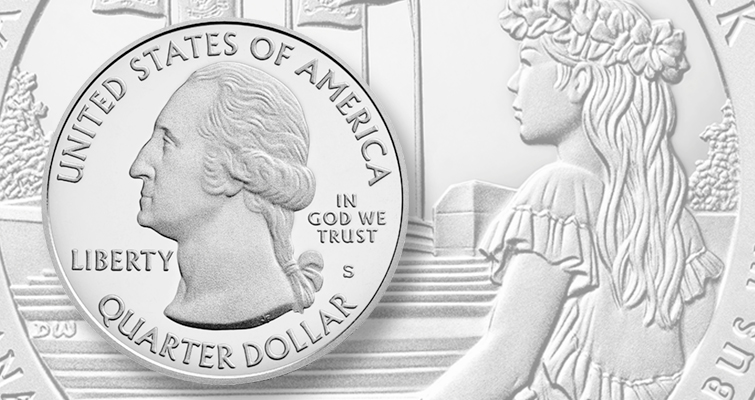 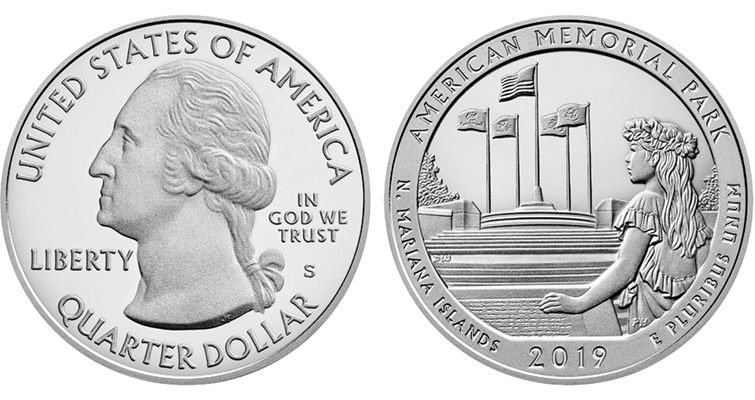 The set incllludes a Proof 2019-S quarter dollar from the San Francisco Mint. 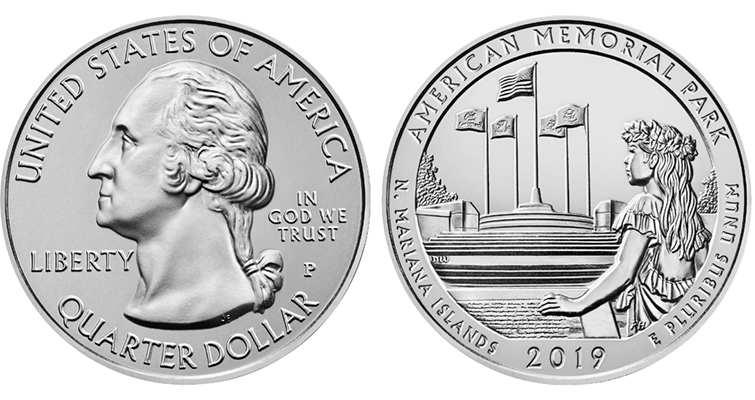 Uncirculated Mint set finish quarter dollars are also included from the Philadelphia Mint, illustrated, as well as the Denver Mint.

The set is being offered at $9.95 with no product limits or household ordering restrictions.

Included in the set are coins depicting American Memorial Park in the Commonwealth of Northern Mariana Islands. The issue is the second of five to be released in 2019 under the America the Beautiful Quarters Program.

The reverse design, created by U.S. Mint Artistic Infusion Program artist Donna Weaver and sculpted by U.S. Mint Sculptor-Engraver Phebe Hemphill, depicts a young woman in traditional dress at the front of the Flag Circle and Court of Honor. She is resting her left hand on the plaque bearing text that honors the sacrifice of those who fought and died in the Marianas Campaign of World War II. 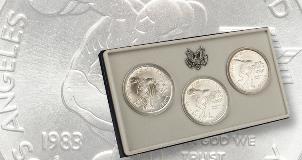 The only three-Mint-mark modern commem set ever sold 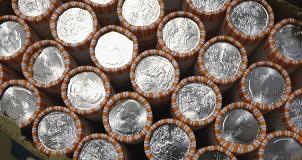 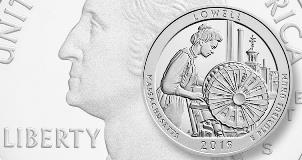