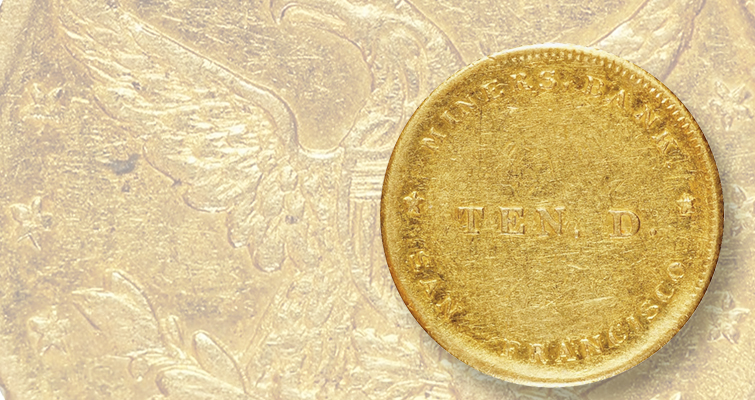 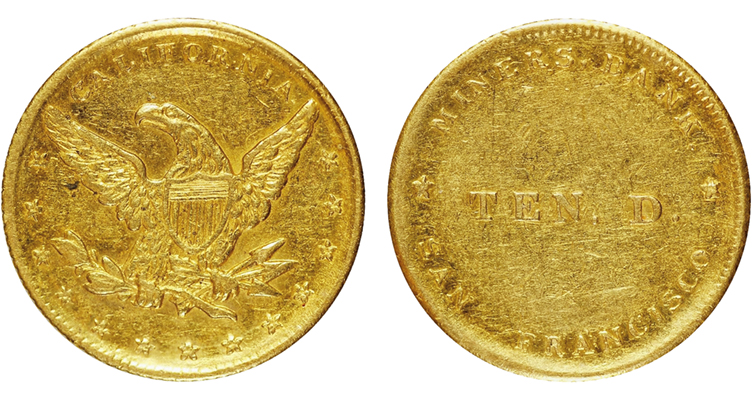 The 1849 Miner’s Bank pioneer gold $10 coin was once encapsulated About Uncirculated 58 by NGC and stickered by Certified Acceptance Corp. 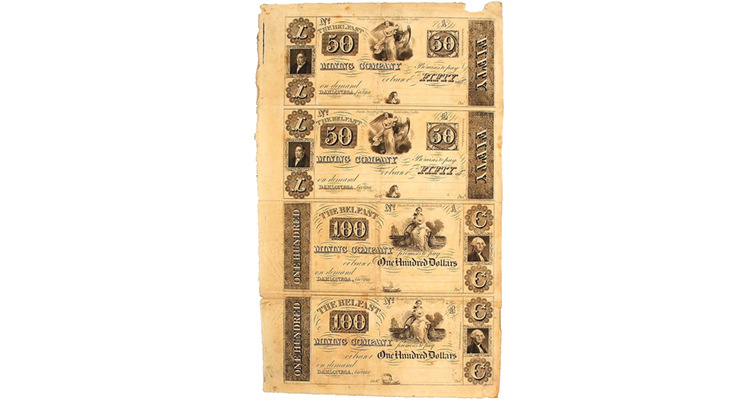 This is the better of only two known uncut sheets of Belfast Mining Co. scrip notes. The other sheet is also offered in Holabird's auction, which begins March 15 in Reno Nevada. 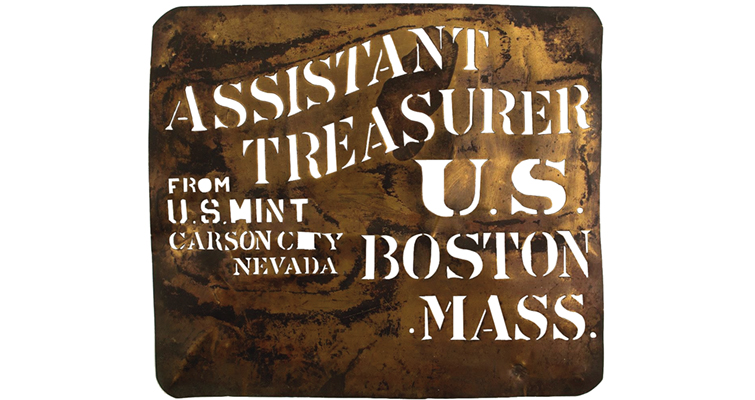 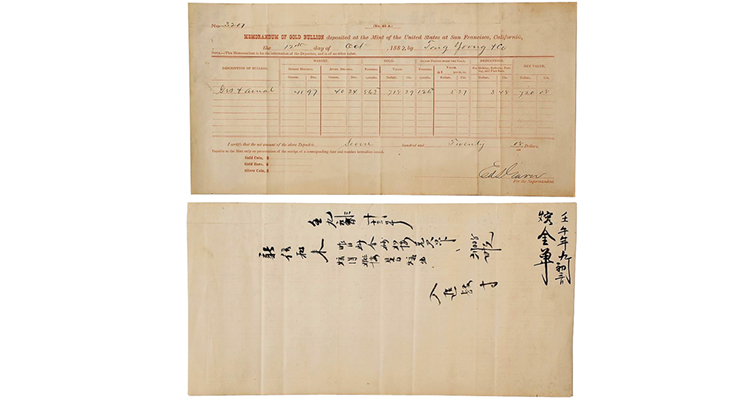 Assay slip for 42 ounces in gold and silver bearing Chinese characters was issued by the San Francisco Mint to the Tong Young Co. 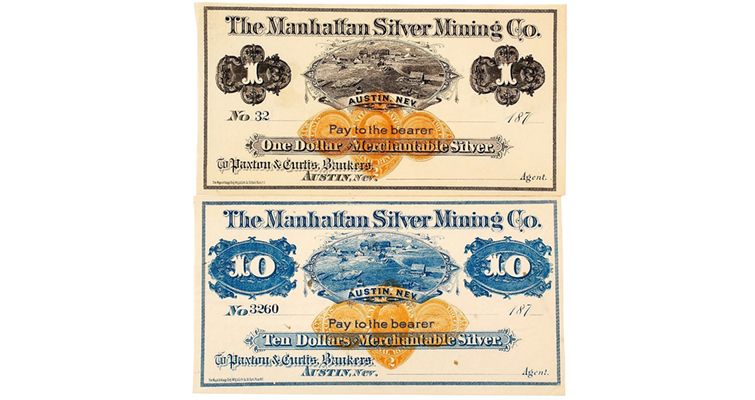 A total of 1,210 lots comprising the Al Adams Collection of Gold Rush coins and memorabilia anchors Holabird Western Americana’s March 15 to 18 sale of items from gold rushes around the United States.

The auction will be conducted in Reno, Nevada.

The entire illustrated sale can be found online here.

The Al Adams Collection offers items associated with the Georgia and North Carolina Gold Rush, circa 1799 to the 1840s, and includes:

? 1830 letter from Georgia Bank to U.S. Mint asking what to do with the gold coming in

The auction includes an 1849 Miners’ Bank pioneer gold $10 coin that has been removed from its Numismatic Guaranty Corp. holder in which it was encapsulated as About Uncirculated 58 and subsequently stickered by Certified Acceptance Corp.

An original brass stencil is offered that was used to mark wooden coin boxes from the Carson City Mint for shipping to the U.S. Mint assistant treasurer in Boston.

The stencil was discovered by diggers working the dump site adjacent to the Carson City Mint where coinage dies and other scrap were buried.

An 1882 San Francisco Mint assay slip for Tong Young & Co. was issued for 42 ounces of of placer gold, which also included silver.

The auction lot description suggests that when the Caucasian placer miners left individual sites, Chinese miners would move in to work the sites and find additional metal.

The notes were redeemable in “Merchantable Silver.” The $1 and $10 scrip notes offered are both imprinted with revenue stamps.

Offered with an estimate of $5,000 to $10,000 is an uncut sheet of Belfast Mining Co. scrip notes printed by Endicott & Co. of New Orleans. The mining company was located in Dahlonega, Georgia. The sheet contains two notes each of the $50 and $100 denominations.

The sheet is certified Very Fine 30 by Paper Money Guaranty. 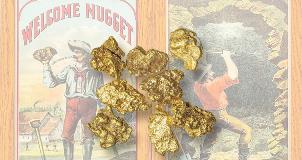 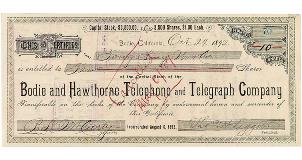 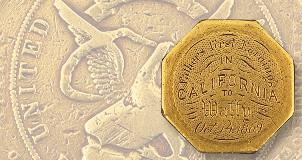