This Day in History: March 8 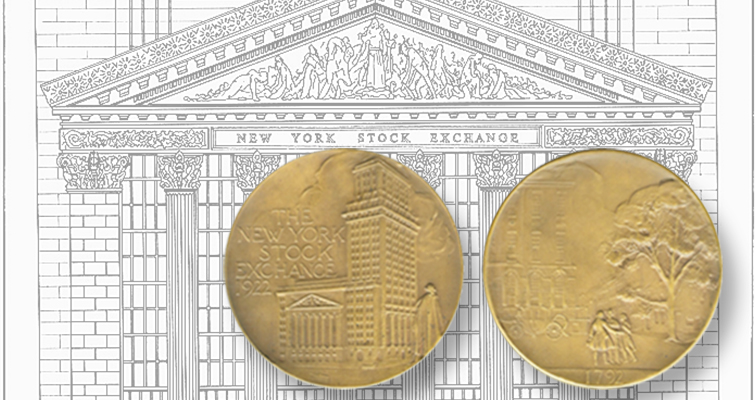 The modern basis for the New York Stock Exchange was laid on March 8, 1817. The exchange is the center of financial activity on Wall Street, and all of New York City. A 1922 medal was issued for bankers attending the city for a convention.

Wall Street in New York is widely considered the financial capital of the United States and perhaps even the world.

And no location is more central to the city’s standing when it comes to making money than the New York Stock Exchange, which is by far the world’s largest stock exchange, measured by market capitalization. The value of its listed companies approaches $20 trillion U.S.

On March 8, 1817, the stockbrokers in New York City formed the New York Stock and Exchange Board. The brokers had operated under a certain set of rules known as the Buttonwood Agreement since as early as 1792, the same year the American Congress authorized the United States Mint in Philadelphia.

The 1817 reorganization introduced new regulations about manipulating trading and other rules of governance, based on a similar trading house in Philadelphia.

In 1817, the brokers began renting out space exclusively for securities trading, in varying locations from that point to 1865, when the present location was adopted. In 1903 a new building opened at 18 Broad St. and that site remains the main entrance today.

Several numismatic items recall the NYSE and its history, including a bronze medal struck by the Medallic Art Co. in 1922 that was issued for a banker’s convention in New York City. The medal was apparently given by the directors of the NYSE to visiting guests.

The obverse depicts the then-current (1922) NYSE building and the reverse shows part of the Wall Street of 1792, with the Toutine Coffee House where brokers had a room for trading.

The monthly journal of the American Numismatic Association, The Numismatist, reports about the medal in its November 1922 issue. 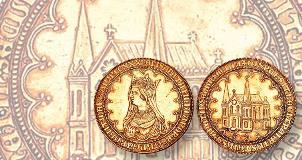