This Day in History: April 3 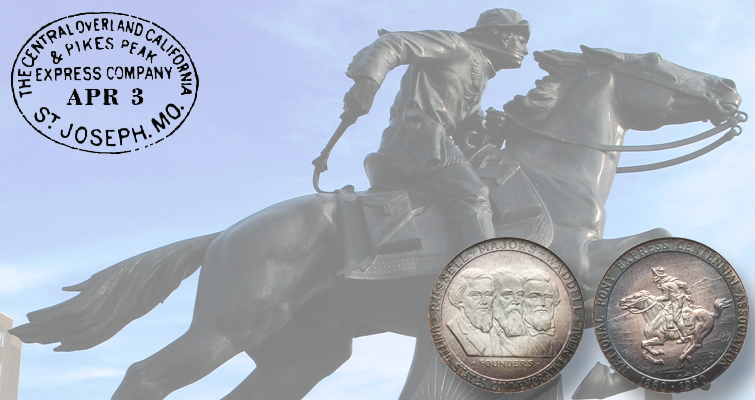 The short-lived Pony Express service began on April 3, 1860 and is the subject of numerous numismatic commemorations.

The Pony Express is a famous, but short-lived, artifact of the American West.

The Pony Express (officially known as the Central Overland California & Pikes Peak Express Co.) was a mail service delivering messages, newspapers, mail, and small packages from St. Joseph, Mo., across the Great Plains, over the Rocky Mountains and the Sierra Nevada to Sacramento, by horseback, using a series of relay stations.

During its 19 months of operation, it reduced the time for messages to travel between the Atlantic and Pacific coasts to about 10 days. It was operational until Oct. 24, 1861, serving as the West’s most direct means of east–west communication before the telegraph was established.

Pony Express founders William H. Russell, Alexander Majors and William B. Waddell were notable in the freighting business. All three men appear on a United States Mint medal issued in 1960 to mark the centennial.

Several variants and sizes were issued by the National Pony Express Centennial Association, but on all the various medals issued, the three founders feature prominently on the obverse.

The reverses show a gallant rider on a galloping horse, headed “West” (toward the left side of the design), with traces of the route below.

Several of these medals may be classified by size as so-called dollars, being about the size of a silver dollar, and they join medals issued for the 75th anniversary in 1935 and smaller privately issued centennial pieces sometimes called so-called half dollars. 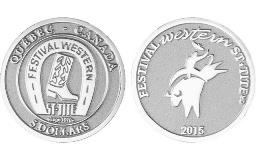 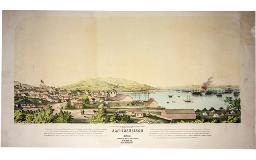 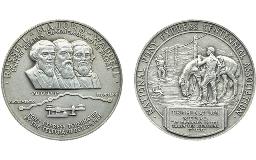