This Day in History: April 15 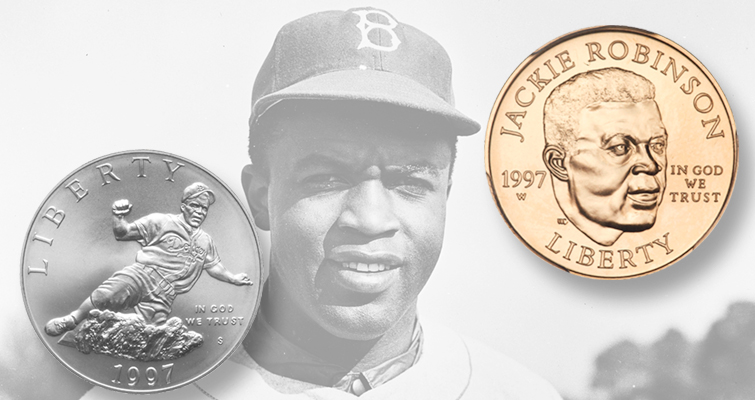 Jackie Robinson became the first African American Major League Baseball player in the modern era on April 15, 1947. A commemorative coin issued in 1997 marks the 50th anniversary of his accomplishment.

On April 15, 1947, at Ebbets Field in Brooklyn, N.Y., Jack Roosevelt “Jackie” Robinson, at the age of 28, became the first African American to play for a major-league baseball team in the modern era.

The Dodgers, by playing Robinson at first base, began to end the racial segregation that had relegated black players to the Negro leagues since the 1880s.

Robinson endured taunts, death threats, segregation during travel and unwelcoming fellow players, but his character in the face of adversity is one reason that Dodgers president Branch Rickey thought Robinson could be the man to break the color barrier (his unmistakable talent was another reason).

Robinson had an exceptional 10-year baseball career. He was the recipient of the inaugural MLB Rookie of the Year Award in 1947, was an All-Star for six consecutive seasons from 1949 through 1954, and won the National League Most Valuable Player Award in 1949 — the first black player so honored.

Robinson played in six World Series and contributed to the Dodgers’ 1955 World Series championship. In 1997, MLB “universally” retired his uniform number, 42, across all major league teams; he was the first pro athlete in any sport to be so honored.

In 1962 Robinson was inducted into the Major League Baseball Hall of Fame.

In recognition of his achievements on and off the field, Robinson was posthumously awarded a congressional gold medal and the Presidential Medal of Freedom.

In 1997 he became the first African American to be honored on a gold U.S. commemorative coin. In addition to the gold $5 coin, the U.S. Mint issued a silver dollar honoring Robinson. 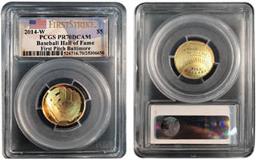 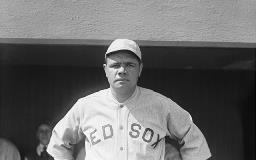 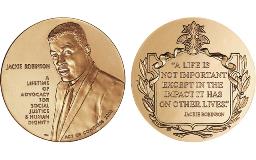